A Female Composer of the 17th Century 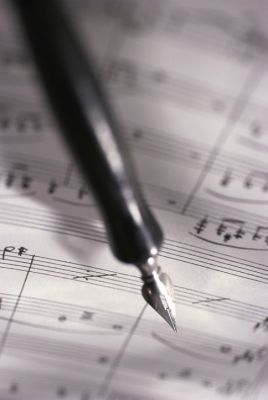 When you think of composers from the past, most people are familiar with Handel, Bach, Beethoven and Brahms. Male composers seem to dominate the territory. We’d wager that many of our readers couldn’t name a current female composer, even though many women are making strides in the industry, for example, Phamie Gow, Judith Weir, Anne Dudley and Rachel Portman. Woman who create music should be celebrated. Today, let’s look at Isabella Leonarda, a nun and Baroque composer who is largely considered one of the most productive woman composers of her time, even though it’s believed she didn’t begin composing music until she was over 50 years old.

There isn’t much known about Isabella’s youth. She was born in 1620 to a prominent Novarese family. Her father held the title of count, and many of her relatives held important positions in both the church and public office. It’s suspected that she was schooled in music because of her social and economic status, because she later was identified as a music teacher in convent documents.

Leonarda has a broad portfolio of works in the sacred genre, motets, concertos, Magnificats, masses and more. She was the first woman to publish sonatas, a musical piece that is played, not sung. Most women of her time who were writing music wrote vocal compositions, not instrumentals, but she made many contributions to instrumental music in her time.

Leonarda only had two works appearing in print before 1670—dialogues printed by Gasparo Casati, the maestro di cappella at the Novara Cathedral. Some believe that she did not compose regularly until after she was 50, but it’s possible that she just didn’t start publishing until that year. Isabella was not known for being a singer or instrumentalist, but there’s evidence that the nuns at the convent played trombones, even though instruments were banned in convents.

Isabella dedicated every one of her compositions to the Virgin Mary and one prominent living person, such as the archbishop of Milan, Emperor Leopold I or the bishop of Novara. She was likely seeking financial support for the convent. In one of her dedications, she reported that she could only write music during times of rest, because she didn’t want to neglect her administrative duties. Although she was a prolific composer, she could not focus her time on her music.

To listen to one of her compositions, search for Cappella Artemisia’s “Ave Regina Coelorum” on YouTube. Listen for the influence of upbeat dance music from the Baroque era in the joyous song, which was probably intended for performance during Mass. A quick search of her music on YouTube reveals a few different compositions where you can hear her skill and talent.

Isabella Leonarda’s music may not be as prominent as male composers from the same time frame, but she is worth noting. Her recognition never went much beyond the local community, which is not surprising.  As a nun, she would not want notoriety and fame. Her music would not have spread throughout the country like it might today, due to publication costs and other barriers.

Johan Sebastian Bach said, “The aim and final end of all music should be none other than the glory of God and the refreshment of the soul.” Leonarda would probably concur.

Thank you for sharing this. I am a female composer as well- and it was validating to feel validated in this retrospect.