One can't help but notice what seems to be an increase in natural disasters. Starting in 2006 with the tsunami that hit Southeast Asia the day after Christmas to this week's slew of tornadoes, disaster seems to be everywhere. This coupled with the economic disasters plaguing the world Ã¢ " starvation, unemployment and rising gas prices Ã¢ " would make it seem as though the world is falling apart. 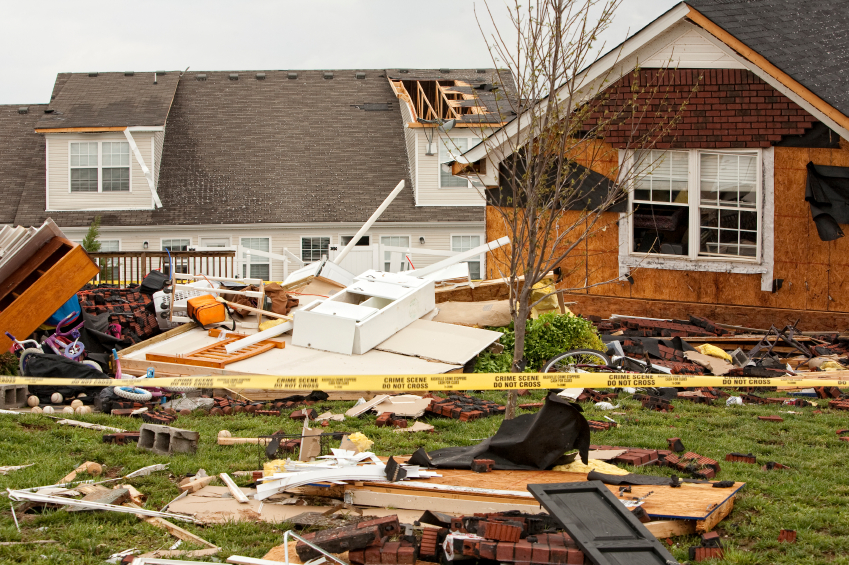 been killed by the tornadoes that have been ravaging the southern states up into the northeast. Tuscaloosa, Alabama was one of the places most affected by the storms, loosing almost 150 people. In a matter of three hours, entire neighborhoods have been leveled which makes looking for survivors all the more difficult. However, it does appear that a country so torn by partisan politics and ideological differences will come together to lift the south out of this disastrous quagmire.

Being with President Obama has said that, "[he] wants every American who has been affected by this disaster to know that the federal government will do everything we can to help you recover and we will stand with you as you rebuild." He has already met with Republican governors from the states most affected by these disastesrs not to discuss the Healthcare bill or immigration but to speak about rebuilding and relief. In this time of tragedy it would appear that America is still able to put aside political differences and work together.

This is not limited to the elites. In North Carolina brigades of people are driving through devastated neighborhoods delivering water, snacks, but most importantly compassion and prayer. Students from the University of Alabama have been seen carrying rescued dogs while homeowners in Georgia team up to sift their rubble and recover what little personal possessions they can. Entire neighborhoods have been leveled and it would appear that nothing remains except for the hope and faith that tomorrow will be a less tumultuous day. Through these efforts little has been asked about doctrine or beliefs, instead people choose to focus on the life that remains, regardless of what type of life is being lead.

Here at the ULC Ministries, our hearts and prayers are with the victims of these tornadoes.Ã‚ Furthermore, we continue to hope that through this disaster the country will be able to not only fix broken homes and hearts but a broken system so fixated on differences that progress has been all but halted. Hopefully this disaster will bring unity and bridge the divide that has defined the last few years and through the rubble we, as a whole and unified nation, will rise victorious.

helping others
Log-in to track new comments this blog post.