What People of Faith Should Know About Hate Crimes 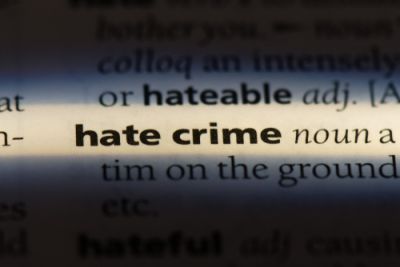 When a gunman killed 11 people in a Pittsburgh synagogue, it wasn’t just the Jewish community that was shook. Americans across the country, regardless of faith, were dismayed at the horror. The hate crime was obvious. The gunman wanted Jews to die. It was a crime motivated by a prejudice, the very definition of a hate crime. In this case, it was religious prejudice, but hate crimes have a wide base of biases, including gender, sexual orientation, disability and race.

Many people have responded to hate crimes with the words, “This is not the America I know.” Although that is a message of hope, the reality is that hate crimes rose 16.7 percent from 2016 to 2017, according to the FBI. Last year, 7,175 hate crimes were reported involving over 8,500 victims.

Many suspect that the figures reported to the FBI are just the tip of the iceberg. For starters, hate crime laws do not have a standard definition across jurisdictions. Only 16,149 law enforcement agencies reported hate crimes to the FBI in 2017. Five states do not report hate crime statistics. A crime may not be categorized as a hate crime when the criminal’s intent is unknown. Many hate crimes aren’t reported as such because law enforcement may not recognize the crime occurred out of bias.

The added problem in collecting data on hate crimes is that victims don’t always report. Criminals target the most vulnerable populations, who may not want to report hate crimes or who may be afraid to report a crime. There is often a mistrust of police, who may also mistreat victims who are vulnerable to hate crimes.

Still, the FBI’s report of hate crime statistics is staggering. Here are some of the figures that are cause for concern:

What Can Your Church Do to Fight Hate?

Churches, synagogues and mosques can encourage victims to go to the police and offer support while going through the process. It’s important to report incidents and speak up. Denying that racism or bias exists only gives power to the criminals.

It’s also important to spread tolerance and goodness. Debating hate group members will not change their minds. Instead, provide information to your congregation about the impact of hate crimes on the community. Watch for hatemonger groups that masquerade as “white-pride civic organizations.” Make sure members of your organization can recognize hate and intolerance so that they aren’t indoctrinated into a group unwittingly.

Places of faith can often pressure leaders into changing laws and becoming allies in the fight against hate. Create relationships with the leaders in your community before hate crimes occur. It gives you a better position to discuss the issue when bias or hate crimes happen in the community.

Reach out to people outside your comfort group. SPLC says, “The best cure for hate is a united community.” Break down stereotypes and barriers between groups in your community. You may not see eye-to-eye on everything, but it’s likely that you agree that your city should be a safe place for all its residents.