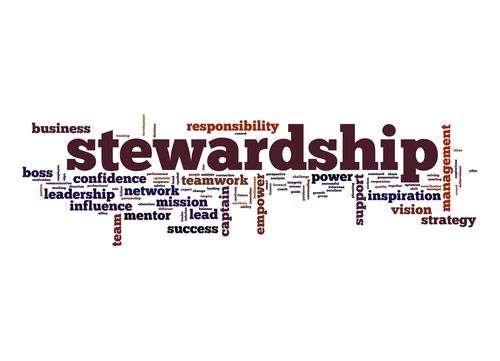 What do you think of when you think of stewardship? For some, it brings to mind a business transaction in which people are held responsible for certain resources. For others, it is linked to the financial and legal security associated with having trusted, knowledgeable advisers. If you grew up in certain denominations, you may think of all the fiery sermons that the preacher seemed to give when the bills were due but giving was down.

Merriam-Webster defines stewardship as “the careful and responsible management of something entrusted to one’s care.” It can, of course, apply to monetary donations to the church and how they are allocated, but it can also include other valuable resources that often get swept under the rug in popular discussions on the subject.

Tithing is the practice of donating a certain percentage of your income to the local church. Long-term members who are socially and spiritually invested in the church tend to give more financially. A church may also receive donations from those who are not members, particularly if a special offering is taken up, but it is generally understood that most of the budget should be covered by regular patrons.

Many churches like to focus on members’ roles in stewardship, but the organization itself has responsibilities, too. When you give your money to the church, it is reasonable to expect that it will be financially transparent and will use the money wisely. Keeping clear, reliable financial records is essential to maintaining congregants’ trust.

In addition to whatever financial support members can offer, the church also relies on volunteer hours. In order for most of the programs to thrive, the leadership team must be able to depend on members donating their time and talents.

A healthy church is one in which the leadership, particularly those on the payroll, are generous with their time, too. A pastor who is only seen on Sundays during services is not going to win over the members. A pastor’s duties not only include preaching but may also involve other important tasks:

It is important for the council or board of directors to be clear about the expectations regarding the pastor’s stewardship of his or her time while on the clock.

Taking care of creation should be a fundamental value in any religious organization. Belief in a creator is likely to inspire a concern for the natural world. It’s not enough for individual households to recycle and reduce waste; the church itself must do the same. Incorporating digital copies of newsletters and bulletins to conserve paper, using the building fund to upgrade to greener energy sources or appliances and reducing dependence on disposable plates, cutlery and cups during potlucks are all part of respecting the earth.

The church does not exist  only to take care of itself. There are probably a lot of needs in your city, and most of these needs would go unmet without cooperation between organizations. The service your church provides to the community is an important part of its overall stewardship. By cultivating relationships with other organizational leaders and learning how your faith community can get involved in the work they are doing in your city, the church is more likely to live up to its fundamental mission.

Good stewardship may involve financial responsibility, but it goes far beyond meeting the budget and managing funds well. Both individual members of the church and the organization overall have specific responsibilities when it comes to the resources with which they are entrusted.