The Real Problem With Fake News 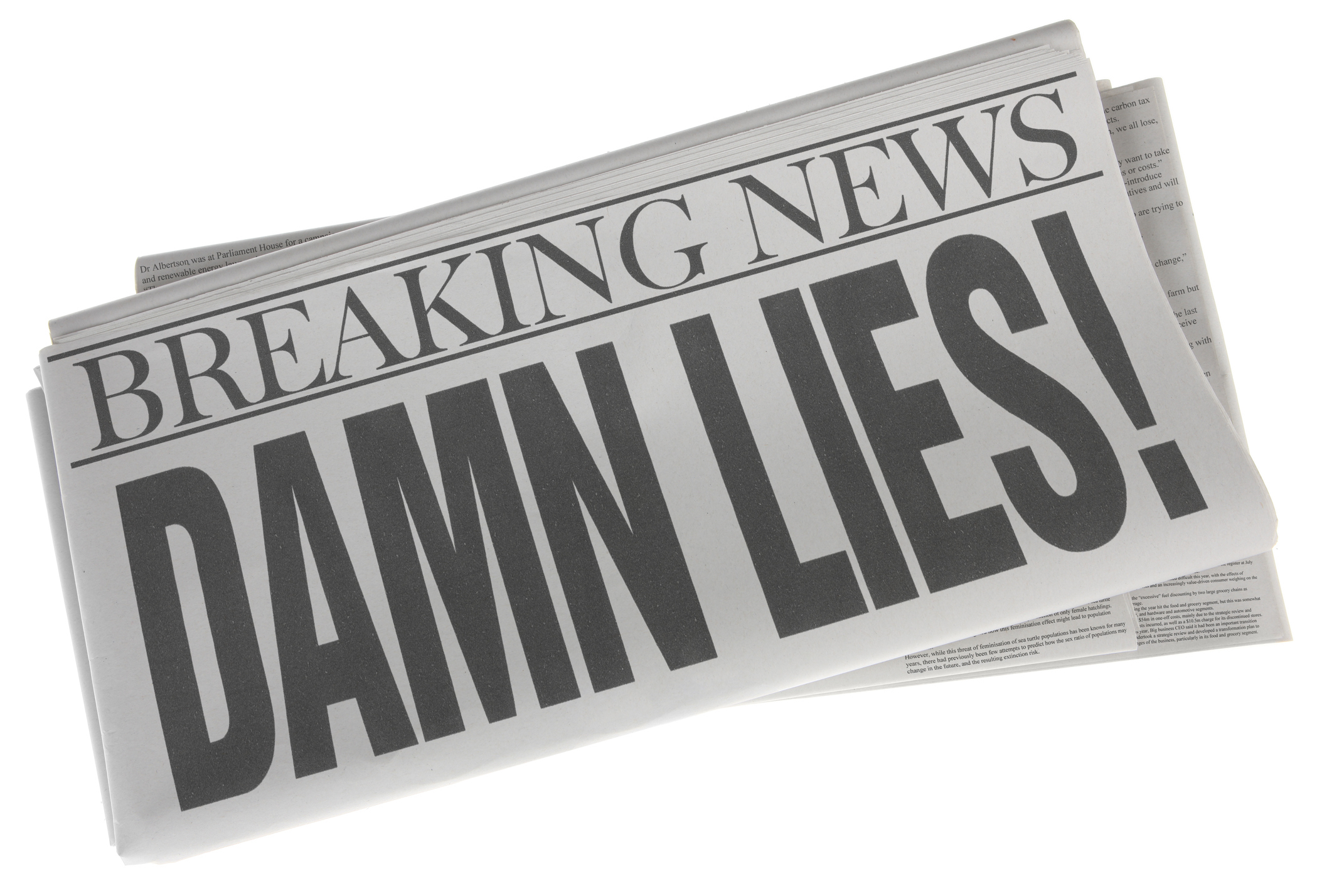 If you're online at all, you've certainly heard about the fake news problem on Facebook. If you think this issue is limited to social media, consider the following headline, "Hillary's brain is about to EXPLODE!" published in the "Globe," a magazine found at the checkout stand at grocery stores. How did they come to this conclusion? A doctor was shown the brain scan of another patient who plunged down the stairs and suffered a serious concussion. Would you want your doctor to diagnose your problem by looking at the test results from someone else?

We Are the Problem

Fake news is going to happen. It might be a simple mistake made by a news organization hoping to get a scoop. In today's society, one news story can be shared quite quickly before someone puts a halt to it. It's much like toothpaste that gets squeezed out. Easy to put on the toothbrush, simple to squeeze too much, and difficult to put back in the tube.

Why do people believe fake news so easily? One thought is that it's easier to believe what we already think is true. We easily accept information that confirms our beliefs. It's just the path of least resistance. We don't think critically about the information being presented because it takes time to ask difficult questions and research for better information. It's also kind of entertaining to read these stories. In reality, it can be slander and libel taking another avenue.

Was Hillary Clinton really running a satanic child-sex-trafficking ring out of a Washington D.C. pizza joint? No, but the owner still received death threats after the story ran. His employees also got abusive messages. Unfortunately, this wasn't simply a mistake or misinformation. It was very blatantly a fake news story that ran on multiple platforms. The general manager said, "It's like trying to shoot a swarm of bees with one gun." His wife even received vulgar messages on her social media account, even though she is only associated with the business through her husband's position.

And yet, the story spread because so many people believed that it could be true. We could have shut that story down if we had bothered to take the time to check the facts.

How Do We Approach Fake News?

Google and Facebook have both taken steps to deal with the problem of fake news, but because our society values free speech, we may have to take a different approach. It's not the fake news that needs to be halted. We must change our response to fake news. We have to learn to respond to news stories with critical thinking. How can we improve that?

Here are five tips to get better at examining your beliefs and ideas and to increase awareness of what's really going on:

The next time you see news that seems a little off, check it out before you share.