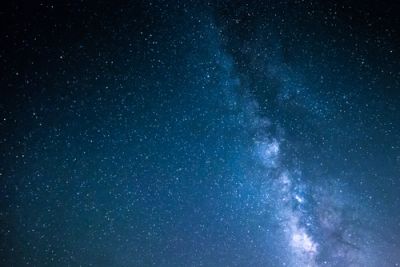 A mysterious star resides 190 light years away from Earth in the constellation of Libra. Named HD 140283 by the astronomers who discovered it over 100 years ago, the star’s mystery is not due to its existence, but to its perceived age. Using observations from the Hipparcos satellite belonging to the European Space Agency, scientists initially dated it to 16 billion years.

The Big Bang Theory, therefore immediately encountered a huge problem. According to it, the universe itself is only 13.8 billion years old. Nevertheless, there HD 140283 sits. It was subsequently dubbed Methuselah, after the oldest human mentioned in the Bible, i.e., the patriarch who supposedly survived to the ripe old age of 969.

Obviously this nearly three billion year age discrepancy posed a serious question about the theory of the Big Bang. How could a star be older than the universe itself? As Howard Bond, Pennsylvania State University astronomer, said at the time, “It [is] a serious discrepancy.”

More than a decade later, Bond and his cohorts wondered if the mind-blowing Methuselah age discrepancy could be the result of inaccuracies in the initial measurements of the distance between the star and Earth. Using data sets from Hubble Space Telescope observations between 2003–2011, Bond and his colleagues determined to look for the “parallax effect,” i.e., the shift of Methuselah’s position at six-month intervals brought about by Earth’s rotation, one of Hubble’s primary tasks. These shifts, in turn, would give them a more precise calculation of how far away from Earth Methuselah actually is.

They also looked at the possibility that Methuselah’s leftover helium might be diffused deeper in its core, thereby leaving less hydrogen to burn during the process of nuclear fusion. If this were the case and Methuselah was burning its hydrogen at a faster than normal rate, its age would be less than that initially estimated.

Another factor entered into their speculations. Surprisingly, Methuselah also has a higher than normal ratio of oxygen to iron. Given that oxygen took millions of years to become abundant according to the BBT, this unusually high oxygen-iron ratio indicates that Methuselah probably is much younger than initially thought.

Subsequent studies in 2014 further lowered Methuselah’s age to 14.27 billion years. At this point, Bond stated the following. “The error is about 700 or 800 million years, so there is no conflict because 13.8 billion years lies within the star’s error bar.” In his opinion, this represented “an amazing scientific achievement which provides very strong evidence for the Big Bang picture of the universe.”

The universe’s estimated age resulted from calculations of the cosmic microwave background provided by NASA’s Wilkinson Microwave Anisotropy Probe (WMAP) in 2012, which put the age at about 13.772 billion years. In 2013, detailed cosmic radiation measurements made by the European Planck space telescope produced a corresponding age estimate of 13.8 billion years.

However, this accepted age has likewise come into question. For instance, just this year, noted astronomers attending an international cosmology conference at the Kavli Institute for Theoretical Physics in Santa Barbara, California, suggested that the universe could be as young as 11.4 billion years based on recent measurements of “nearby” galaxies.

Matthews is undoubtedly correct when he says that far more “cosmological refinement” is needed to resolve the current age paradox between Methuselah and the universe. After all, skepticism, observation, and refinement based on research and experimentation are cornerstones of the scientific method.