The Divine Plan: Reagan, John Paul II, and Their Idea To Bring Down Soviet Communism 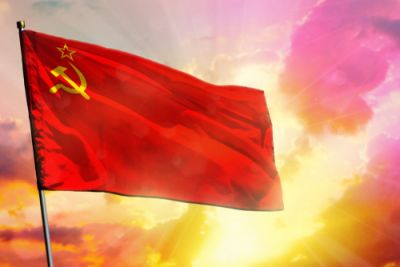 You may have missed it, but an intriguing and thought-provoking new documentary movie played in theaters for one night only on November 6, 2019. Entitled “The Divine Plan: John Paul II, Ronald Reagan, and the Dramatic End of the Cold War,” the movie relates the little-known story of the relationship between Ronald Reagan, America’s 40th president, and Pope John Paul II, and their mutual quest to bring down the Soviet Union without firing a shot.

For those not up on their world history, the Union of Soviet Socialist Republics, better known as the USSR or the Soviet Union, was a political superpower that existed from 1922 until 1991. Theoretically it was a union of numerous communist states whose borders spanned 6,200 miles east to west and 4,500 miles north to south, effectively encompassing Northern and Central Asia as well as much of Northern and Eastern Europe. In practice, its communist government, headquartered in Moscow, was highly centralized.

For most of the 20th century, the USSR was the bane — some would say scourge — of the rest of the world, particularly the US (the other superpower) and Western Europe. After the end of World War II in 1945, the continuing tensions between the USSR and the “free world” resulted in what was known at the time as the Cold War, i.e., an intense period of political and philosophical discord between the two superpowers. Neither ever fired a shot on the other, but given that each had a huge arsenal of nuclear weapons, it’s not too much to say that the world waited in fear for what most presumed would be the final apocalypse of nuclear annihilation.

Poland’s Cardinal Karol Wojtyla became Pope John Paul II in 1978, and Ronald Reagan was elected US president in 1980. The following year, both of these charismatic and well-spoken leaders survived assassination attempts that occurred within six weeks of each other.

Per the new film, when Reagan traveled to the Vatican to meet the Pope in 1982, the two men discovered that they shared the same conviction: that God had spared their lives so that they could defeat Soviet communism by toppling the Soviet empire. Reagan privately called their mutual resolve “the Divine Plan.”

Based on “The Divine Plan,” a book by Paul Kengor, political science professor at Grove City College in Pennsylvania, Robert Orlando, the film’s producer and director, tells the story of Reagan’s and John Paul II’s relationship and collaboration from the perspective of the intervention of divine providence brought about by the deep religious convictions of both leaders.

Both Kengor and Orlando interviewed numerous influential people who were there at the time, including the following:

The Soviet Union did indeed dissolve in 1991 (although not necessarily due to The Divine Plan), accompanied by such epic events as the tearing down of the Berlin Wall in November of that year. All of the USSR’s republics voted for independence, leaving the “new Russia” to pick up the pieces and assume the USSR’s rights and obligations.

Whether believer, atheist, or agnostic, “The Divine Plan” and “The Divine Plan: John Paul II, Ronald Reagan, and the Dramatic End of the Cold War” serve as a needed reminder of the world-changing events that occurred less than 30 years ago. As director Orlando stated, “If you are forgetting 30 years ago, this is dangerous.”

If you are one of those who does not wish to forget about this pivotal period in world history, you can find the book and the film readily available online.

Category: End of the World Politics