The Alarming Rise in European Anti-Semitism 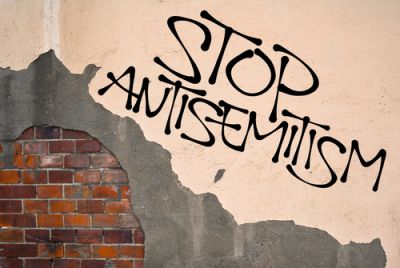 Anti-Semitism, the hatred of Jews and the hellacious acts that often accompany it, is nothing new. It’s been around almost since the beginnings of recorded history. Its most notable exemplification was the Holocaust, Adolph Hitler’s World War II “final solution” to the “Jewish problem” that resulted in over 4 million people, mostly Eastern European Jews, being sent to concentration camps where they were either worked to death or gassed en masse.

For many years after the end of World War II in 1945, anti-Semitism went underground. Horrific photographs of concentration camp survivors being rescued by Allied troops shocked the world and made anti-Semitism highly politically incorrect. But over the decades, it once again reared its ugly head and today appears to be a rising movement, especially in Europe.

The Anti-Defamation League reports that attacks against Jews doubled in the United States in the one-year period between 2017 and 2018. One of the most publicized was the shooting in the Tree of Life synagogue in Pittsburgh that killed 11 Jews while they worshiped.

In Europe, however, the problem is even greater. For each of the past three years, the United Kingdom has reported the highest number of anti-Semitic incidents ever recorded. Government records in France, which hosts the world’s third largest Jewish population, reveal a 75% spike in anti-Semitic acts between 2017 and 2018, while the figures in Germany are likewise alarming. That country saw a 19% increase in anti-Semitic acts during 2018 alone.

Not surprisingly, European Jews themselves are very worried. Eighty-nine percent of those who responded to a recent E.U. poll said that anti-Semitism has significantly increased during the past five years. The E.U’s Fundamental Rights Agency conducted a second poll of 16,395 Jews in 12 E.U. countries, 38% of whom admitted that they were thinking about emigrating because they “no longer feel safe as Jews.” The FRA agrees that European Jews have been subjected to “a sustained stream of abuse.”

Causes for the Rise in Anti-Semitism

As has been true throughout history, the causes of anti-Semitism are widely varied and complex. Today, however, the following three factors seem to be its biggest causes:

E.U. political leaders have come to describe the battle against anti-Semitism as one they “cannot afford to lose.” France’s President Emmanuel Macron recently said that “Anti-Semitism is a negation of what France is.” At the height of the 2014 anti-Jewish protests in France, René Taïeb, a Jewish community leader in Sarcelles, gathered 100 men together to surround the local synagogue where a protest had broken out. But instead of chanting Jewish prayers, the men chose instead to sing La Marseillaise, the French national anthem. “We wanted to make the point,” said Taïeb, “that we are French, really French, who happen to be Jewish.”

In Malmo, Sweden, where the Muslim-Jewish ratio is about 30:1, two unlikely men have joined forces. Moshe David HaCohen, a rabbi, and Salahuddin Barakat, an imam, formed Amanah, an organization dedicated to fighting against both anti-Semitism and Islamophobia. Its first major success occurred in 2017 when President Donald Trump’s decision to move the U.S. embassy in Israel from Tel Aviv to Jerusalem resulted in a pro-Palestinian demonstration in Malmo where protesters chanted “Death to the Jews.” HaCohen and Barakat invited the demonstrators to a meeting the following day. The results were amazing. By the end of the meeting, the demonstrators had changed their attitude from “Death to the Jews” to “every Jew must feel safe.”

It seems anti-Semitism has always been a part of many countries’ culture. Sadly, it seems to be on the rise again today.