10 Countries Where Religious Freedoms Are Violated 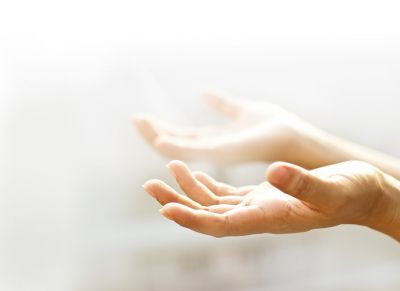 Living in America offers certain freedoms. Although many believe that religious freedom in America is under attack, we’re very fortunate to be living in a country where we can worship in a way we choose. We’re not told what or who to believe. The State Department just released its annual list of 10 countries that are concerning when it comes to religious freedoms. Let’s take a look at how these countries are violating human rights.

This small Asian country has displaced thousands of Rohingya people, in a kind of ethic and religious cleansing. But the Rohingya are not the only one under attack. Buddhism is the main religion of the country, and anyone who doesn’t practice Buddhism can find it difficult to get a job or be elected to government and can also face persecution.

The situation in China is complicated, but Christians do face persecution. There is limited freedom of religion. Many converts to Christianity are monitored by the government.

This small country is located in East Africa, east of Sudan. Thousands of people have fled the country because the government is very intolerant. Even though Christianity is the main religion after Islam, Christians who are not part of the Eritrean Orthodox Church are persecuted.

Christianity is considered a threat to the Islamic way of life in Iran. It’s common for Christians to be arrested when engaging in ministry. Persecution is very high.

OpenDoors ranks North Korea as the most oppressive place in the world for Christians. A person may have to even hide their faith from their children and spouse. Government surveillance is high. Citizens of North Korea are required to worship the ruling family. Those who don’t can be arrested, imprisoned, tortured, or even killed.

Under the rule of President Omar al-Bashir, freedom of expression is almost gone. The government has a strict one-religion, one-culture and one-language policy, with Islam taking precedence as the dominant religion. Christians have been arrested, attacked, and murdered.

Although women have gained some freedoms in Saudi Arabia in the last year, Christians face a very high level of persecution. There are no church buildings in the country, as Islam is deeply embedded into the culture. Christians must live out their faith secretly or face harsh treatment from their family, neighbors, and the government.

Christians are persecuted mostly from Islamic extremism in this small central Asian country. OpenDoors indicates that while persecution is decreasing slightly, there is still a high threat of it by society.

In this Asian country, there is no freedom of press or information. Foreigners have a hard time accessing this country, as it’s highly restrictive. Every group in its society is highly monitored and restricted. Christians are even more heavily monitored than others. They can be deprived of jobs, excluded from family and imprisoned, just due to their faith.

A neighbor of Turkmenistan, Uzbekistan is also highly restrictive. The government bugs homes, taps phones and infiltrates groups with spies. Even though President Islam Karimov died in 2016, little changed in the government when Prime Minister Shavkat Mirziyaev succeeded him. Church house groups can be raided, religious material confiscated, and believers can be detained indefinitely by the government.

This list only includes 10 countries. There are many more that should be of concern to Christians. Somalia, Afghanistan, Pakistan and Syria didn’t make the list, but according to OpenDoors, they are even more oppressive than all the countries on this list except for North Korea. The organization lists four things you can do to take action: