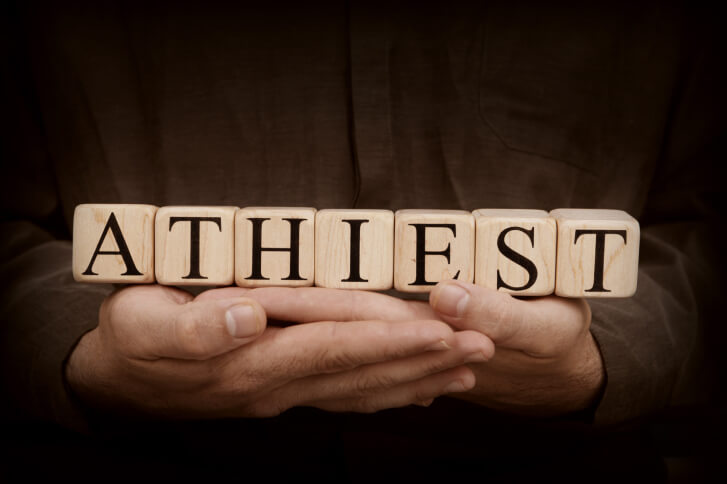 Last month, we heard about Ben Carson and his thoughts on having a Muslim as our president. Putting it quite frankly, he doesn't think having a Muslim as our president is a good idea, because he is concerned a Muslim's beliefs would interfere with the rights given to us in the Constitution. Needless to say, many Muslims were upset by his comments, and some Muslims called for him to withdraw as a Republican candidate for the United States presidency. However, things seem to have calmed down for him, and he continues to be a front runner for the Republican party in many states.

Now, Ted Cruz is making comments similar to Carson's, only he didn't mention Muslims. Cruz has made comments suggesting he doesn't think an atheist would be fit to be president. He stated "any president who doesn't begin every day on his knees isn't fit to be commander in chief of this nation." This, of course, singles out atheists and other groups such as agnostics who do not believe in God or do not worship God.

While many would disagree with Cruz and his stance on an atheist in office, there are many who do not trust atheists, as proven in several polls. Some polls show that they would be least likely to vote for an atheist for president. The polls showed some other interesting trends:

50 percent of Americans stated they would be unhappy if someone in their family married an atheist. One study showed many Americans find rapists more trustworthy than atheists.

It may be surprising, but the facts don't stop there. In seven states, it is illegal for an atheist to hold a position in political office. In one state (Arkansas), atheists cannot testify or serve as a witness in a criminal or civil trial. Not only that, but they are not allowed to participate in Boy Scouts.

While religion in the United States is on the decline and more people than ever are claiming to be not religious, it appears most people still think a belief in God is important. There have been several different polls to support this fact. People are more likely to hire a religious person than they are an atheist, even if the candidate's religion is not the same as theirs. Many believe that when people think God is watching, they are more likely to behave or do what is right. When people think God is always watching, it's like constant accountability.

Of course, it is silly to assume all atheists have absolutely no morals. Just like there are Christians and Muslims and people in every religion who aren't going to be incredibly moral people, there are atheists who do not hold a high moral standard. However, people who are atheists, just like those who aren't, have a conscience. They know right from wrong. They care about other people, especially those they love. Many seem to hold the assumption that atheists have no feelings, and this isn't true. The only difference between an atheist and a religious person is that the atheists believe there is no god while a religious person believes there is a God. A religion or lack of religion is not what defines a person. There is much more to that, even though some people seem to use that as their only judging factor.

Hopefully, most people would agree there is more to a person than their religion (or lack thereof). A presidential candidate should be judged on much more than religion. Look at his or her stance on the issues, and that can help you determine who you should be voting for.