Taking Back the Commercialism of the Holidays 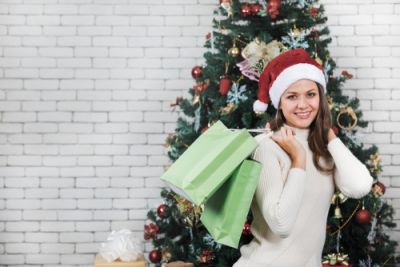 The holiday shopping season officially begins on Black Friday, the day after Thanksgiving. Most stores begin getting ready for the influx of customers long before that weekend. Black Friday turns into Small Business Saturday, a day to support local businesses. Shoppers get Sunday off before waking up to Cyber Monday, an online-shopping campaign. The push to buy presents doesn’t end until Christmas Eve, when most stores close for the holiday.

It doesn’t matter whether you celebrate Christmas, Hanukkah, or Kwanzaa. The holidays have become commercial. If you’re looking to change your focus through the holidays, consider celebrating Giving Tuesday, a global day of charitable giving that has gained power through social media. In 2017, Facebook offered to match up to $2 million given to nonprofits through their platform. Over $45 million was raised.

The Idea Behind Giving Tuesday

In 2012, the 92nd Street Y and the United Nations Foundation began a campaign to take back the holiday season to help consumers remember what the holidays were really about. Tech companies, such as Skype, Mashable, Microsoft and Sony, partnered with the organizations to provide detailed coverage and push the idea. The following year, Google and Huffington Post participated in the project, which helped the idea gain momentum. It’s estimated that over $28 million was raised in 2013 for nonprofits.

Giving Tuesday is the day after Cyber Monday. According to the official website, “#GivingTuesday kicks off the charitable season, when many focus on their holiday and end-of-year giving.” Although Giving Tuesday seems to campaign for monetary donations, it’s also about donating your time and resources to nonprofits. Collectively, people can do more and make real change in the community.

Where Do Your Charitable Dollars Go?

Major disasters get a lot of media attention. You’ve probably heard of the Rohingya refugee crisis, the Indonesia earthquake and Tsunami, and the California wildfires. The scope of these disasters raises our attention. There’s no denying that the people affected need help. There are plenty of people who do step in to help.

But for Giving Tuesday, consider giving locally. Small Business Saturday is all about supporting the local economy. Just like it’s important to support the farmers and businessmen in your community, it’s important to support organizations that provide for the vulnerable. Giving locally makes a tremendous impact. The nonprofit you support can do more for your neighbors. Giving to local charities impacts you.

3 Reasons to Give Locally

Here are three reasons you should invest in local nonprofits.