Survival of Fittest: Evolution vs Creation 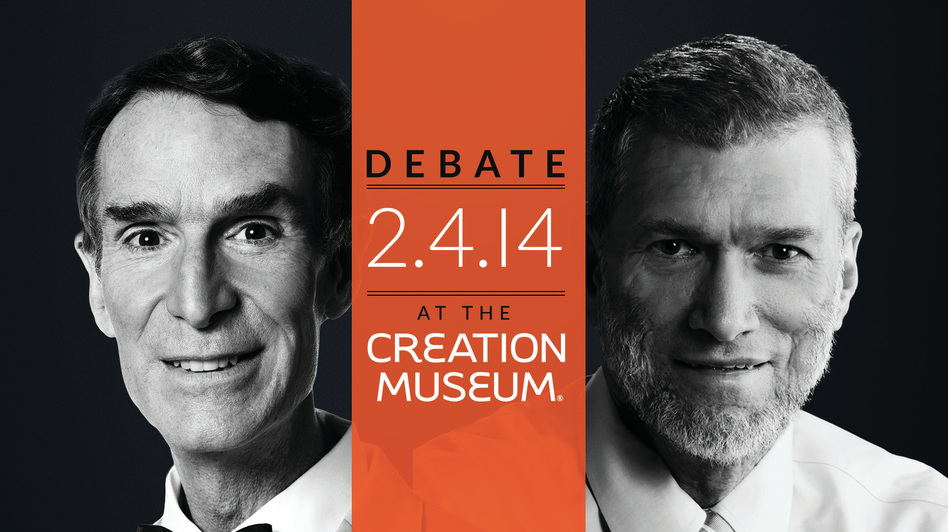 Earlier this week, Bill Nye "the Science Guy" debated Creation Museum founder Ken Ham at Ham's facility in Kentucky. The two discussed if creationism as a literal interpretation of the Bible is a viable model for explaining our origins. Universal Life Church ministers have differing views on this subject, as evidenced by the discussions on our blogs and Facebook page.

What strikes us about the debate is not only the level of respect these men had despite their disagreement, but their willingness to have the debate at all. Some folks like evolutionary biologist Richard Dawkins discourage these types of debates because, as he puts it, it gives the illusion that there even is anything to debate. As an interfaith church, the ULC always encourages respectful dialogue between parties that disagree on a world view. We see Dawkins's opinion as a non-starter. Instead of trying to influence change, he encourages evolutionists to simply write off their creationist counterparts as a lost cause, which despite how much you might disagree with a group, is a pretty arrogant thing to do. How does one expect to influence change, rather than force it down upon someone, without trying to understand her view?

Does this mean evolutionists need to come to the table willing to compromise their views and blend them with creationists? Certainly not, and Nye held his ground. While one debate isn't likely to influence much change, over time people can understand each other's thought processes and perhaps find a better way to convince them lovingly. Also, not willing to have a debate at all causes an echo chamber effect where no diversity of views come in the forming of a view. Again, this is different than being willing to compromise, but without diversity, things tend to become weak in their lack of a challenge.

As an interfaith church we always want open dialogue between groups. Our ministers may disagree but they still respect one another. You never know when you might learn something.