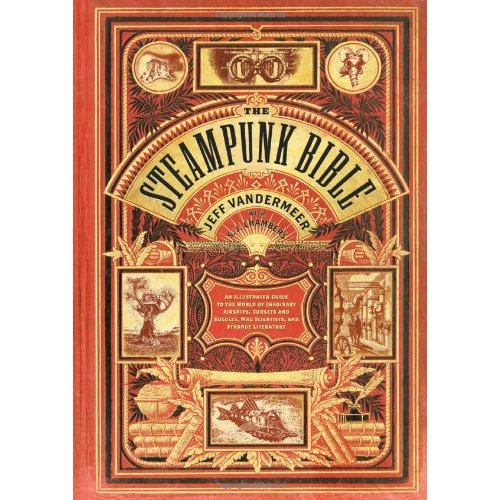 A curious story was covered in Sunday's edition of the CBS Morning Show--an emerging art and literary movement called "steampunk". The movement might be described as a re-imagining of Victorian Britain which includes Victorian ideas of futuristic technology--usually powered by steam and other key tools of the Industrial Revolution. It is essentially Victorian-style science-fiction. But the movement treats religious imagery in some ironic and sometimes irreverent ways, just like churches that ordain ministers online.

Steampunk is characterized by a pastiche of old-fashioned elements of technology combined in surprising ways with more modern ones, resulting in an imaginary world full of technological anachronisms like computers mounted on brass. It could also be seen as an alternate universe in which certain outmoded technologies are still in use while great technological leaps forward have been made in other areas. Religion is no exception, and, like those who get ordained online, the movement sometimes challenges taboos against toying with religious tradition. One example is the steampunk cathedral-tank, a cathedral outfitted as a mobile machine of war; another is the steampunk cathedral-ark, a type of vehicle consisting of a cathedral knave built upon the hull of a giant ship, featuring something like a pirate ship figurehead on the front and helicopter propellers on top. There is even a Steampunk Bible, a sixty thousand-word tome filled with two hundred color images which serve as a comprehensive guide for the steampunk enthusiast. 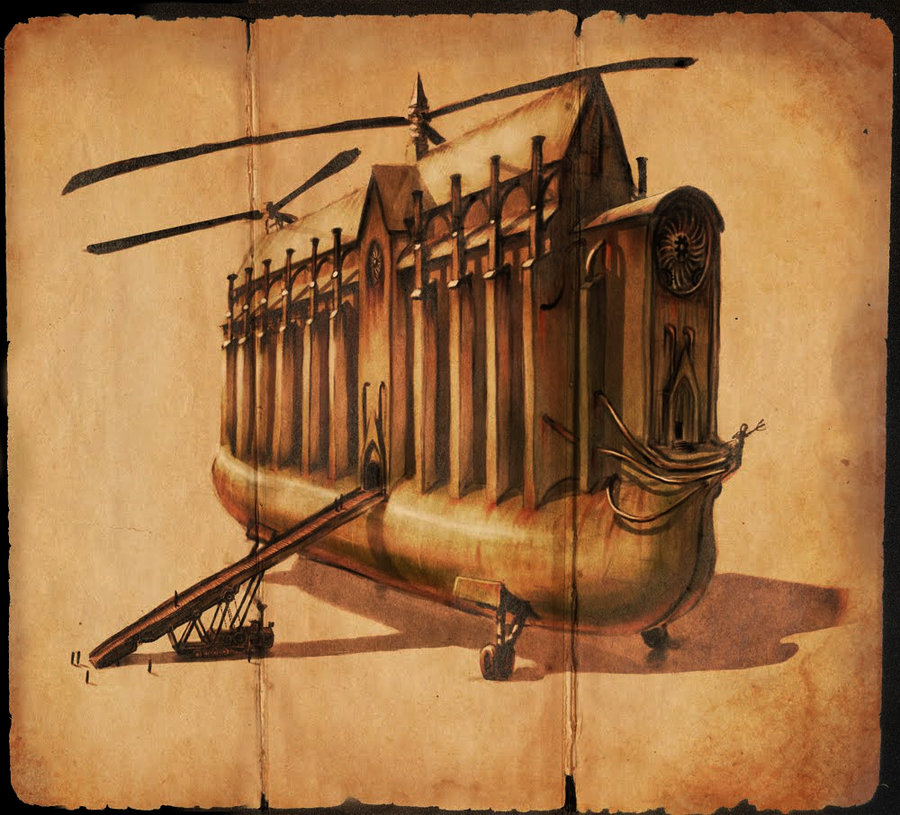 What specifically do the steampunk movement and online churches have in common, though? It may not seem so obvious at first, but if we take a closer glimpse, we can see the overlap. First, images like a cathedral built on wheels turn notions of the church as a refuge from violence on their head, and works of art like Steampunk Cathedral Ark and books like the Steampunk Bible serve as an irreverent, tongue-in-cheek commentary on cherished Biblical traditions like the story of Noah's ark and the Great Flood. Similarly, churches like the Universal Life Church Ministries challenge religious tradition in initially unsettling but ultimately fulfilling ways by allowing everybody to become a minister, and by speaking up on social justice issues which have abandoned by more orthodox religious institutions. 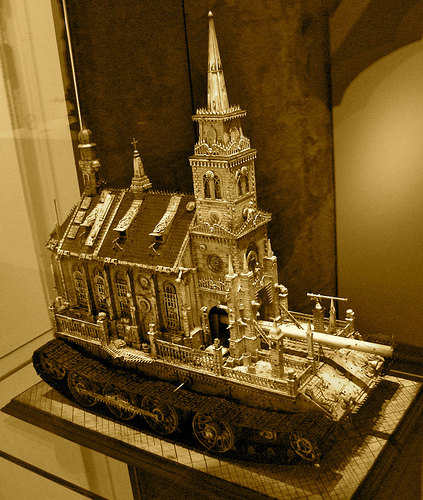 In both art movement like steampunk and online churches, we see an odd juxtaposition of elements that challenge our view of the world and the way things should be. Some people will belittle steampunk culture as the domain of mildly autistic nerds who are out of touch with reality, but this is a cop-out. Reality is only what we make it, and nothing changes without planting that initial seed of the imagination: clearly, if you want to learn how to paint, for example, you don't throw up your hands and say, "but the reality is I don't know how to paint". So it is with re-defining the church and what it means to be a cleric--perhaps it is to be an atheist, a Wiccan priestess, a Buddhist monk, or a [minister ordained online]. At first such movements seem like the province of the eccentric social outcast, but ultimately we accept them as the steam-powered engine of innovation.