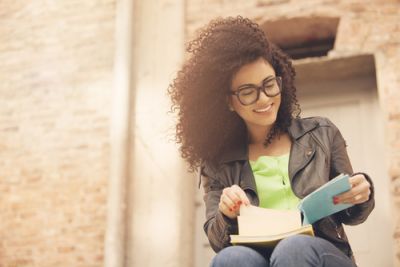 If you’re looking to diversify your reading list, Black History Month is a great time to pick up a book by an African American author who you may not have heard about. Toni Morrison, Ralph Ellison and Alex Haley are popular authors that you may have read in high school, but there are many brilliant African American writers across the genre spectrum. Send a message to the publishing industry that readers enjoy diversity in literature by buying a book by one of these brilliant writers you might have overlooked.

The science fiction genre is predominantly white and male, but many authors are breaking down these barriers. One of the first was Octavia Butler, who didn’t let dyslexia stop her from becoming an author. She was the first science fiction writer to win a MacArthur Fellowship, which shows the depth of her writing. If you like time travel, start with “Kindred,” a story about a black woman who travels back in time to a pre–Civil War era. She is faced with the dilemma of saving her white slave-owning ancestor to save her own life.

“The Underground Railroad” won the 2017 Pulitzer Prize for Fiction, gaining recognition for Whitehead who was already an established author. He’s written speculative fiction, coming-of-age literature, historical fiction and zombie thrillers. You might call him a Renaissance man of writing. Even if “The Underground Railroad” isn’t your thing, take a look at some of his other novels. His characters come to life because he crafts them so well. He has a unique spin and an eloquent voice.

Known for historical fiction, Condé’s novels take a look at gender, racial and cultural issues through a historical lens. “I, Tituba: Black Witch of Salem” explores the story of a West Indian slave who was accused of witchcraft. Her most acclaimed novel is “Segu.” It’s the story of an elite man in the king’s service, whose sons are dealing with forces that threaten the entire nation, slavery, Islam, traditions, commerce and national rivalries.

McMillan increased the visibility of female Black protagonists in movies and literature. Two of her novels have been adapted into movies: “How Stella Got Her Groove Back” and “Waiting to Exhale.” Although you could watch the movies, the books are much deeper. Her first novel, “Mama,” is about the unwavering love of a mother who will do just about anything to provide for her children. It’s not as critically acclaimed as some of her more recent work, but it does have realistic characters who you’ll enjoy getting to know.

Larsen’s second novel, “Passing,” was published in 1929, but it’s receiving renewed attention for its theme of friendship between two black women who each took a different path when dealing with racism. Larsen is considered a trailblazer in literature, not for writing about black women but for giving them sexual feelings. She was the first African American woman to receive a Guggenheim Fellowship. You may want to read more, but sadly, she only wrote two novels during her lifetime.

If you enjoy political humor, check out Thurston’s “How to Be Black.” His self-published books are a little harder to find, but worth the read. Thurston is a Harvard graduate who has a lot of experience writing for the political scene. “How to Be Black” is a New York Times Bestseller that uses his background in media, technology and comedy to tell his story about being black.

Read For a Long Life

Yale researchers discovered that book readers live longer than non-readers or magazine readers. Reading makes you more creative and open-minded. It improves your vocabulary and it affects empathy and emotional intelligence. Instead of turning on Netflix, read a book.