Scripture and Inspiration To Stay Focused on Your Goals 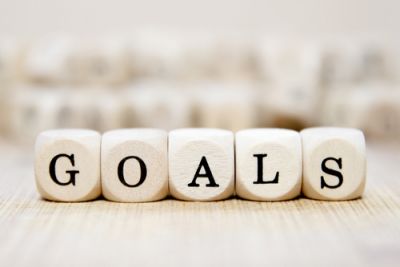 Whether you set new year’s resolutions or goals for January, it’s easy to give up. Only about 8 percent of people will follow through with their resolutions after February. If you need some help sticking it out, here are some ideas, quotes and bible verses that can get you through the tough times and help you to remember what you’re working for and that you’re not alone.

Quotes To Help You Reach Your Goals

Edmond Hillary said, “You don’t have to be a fantastic hero to do certain things – to compete. You can be just an ordinary chap, sufficiently motivated to reach challenging goals.” Hillary accomplished a lot in his lifetime, although he was shy as a child and much smaller than his peers. He climbed Mount Everest and established the Himalayan Trust to benefit the Sherpa people of Nepal.

“Setting a goal is not the main thing. It is deciding how you will go about achieving it and staying with that plan.” This was said by Tom Landry, one of the winningest coaches in NFL history. However, in his first five years with the Dallas Cowboys, the team had five or fewer wins each season. In his first season as head coach, the Cowboys didn’t even win one game. Landry stayed with the Cowboys for 29 years.

“Reach high, for stars lie hidden in you. Dream deep, for every dream precedes the goal.” Rabindranath Tagore is the author behind this quote. He was the first non-European to win the Nobel Prize in Literature. He is a poet, a musician and artist who was known for his lyrical words that were political and personal. Although he eschewed formal education, he was considered a polymath, a person with expertise in many different topics.

Golda Meir said, “Make the most of yourself by fanning the tiny, inner sparks of possibility into flames of achievement.”  Meir was the fourth Prime Minister of Israel and the only woman to ever hold the position. She was born in Kiev, immigrated to the U.S. as a child and moved to Palestine as an adult in 1921. Her family was rejected the first time they applied to live on a kibbutz. When the application was accepted, Meir worked in the gardens and the kitchen. Who ever guessed that she would go on to be such a famous leader?

These scriptures are uplifting and encouraging:

“I can do all this through him who gives me strength.” Philippians 4:13

“But as for you, be strong and do not give up, for your work will be rewarded.” 2 Chronicles 15:7

“Commit to the Lord whatever you do, and he will establish your plans.” Proverbs 16:3

“The plans of the diligent lead to profit as surely as haste leads to poverty.” Proverbs 21:5

“May he give you the desire of your heart and make all your plans succeed.” Psalm 20:4

Keep Going Even When It’s Hard

Reaching your goals isn’t always as easy as it seems on paper. You might fail in one of your attempts to find the right path. Failure is just part of the process. You can’t give up when you hit that bump in the road, so remember the small victories when you find yourself losing confidence. Instead of seeing failure as a reason to stop reaching toward your goal, use it as a lesson of what not to do.

Use your mentors to help you stay focused on your goals. Be accountable to a friend. Talk to people who love you and will encourage you when you get tired on the path to your goals, and find someone who will help you believe in yourself when you don’t have that power.

You can achieve your goals when you’re focused and driven. Learn from your mistakes and get back on track when you mess up. Find people who inspire you to be better.