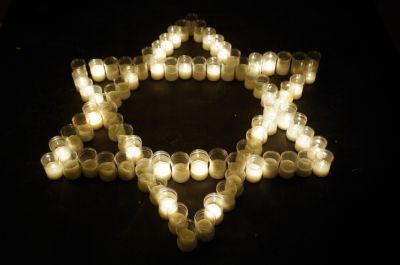 On April 12, people around the world remembered one of the worst genocides in history. Yom Hashoah Ve-Hagevurah, or Holocaust Remembrance Day, is not a federal holiday, but it is an important event that memorializes the six million Jewish people killed by the Nazis. Jewish communities around the world recited the Kaddish, a prayer for the departed, and lit memorial candles as part of the rituals surrounding the day.

Claims Conjunction released a survey this year about Holocaust awareness in the United States. Surprisingly, about 11 percent of Americans and 22 percent of millennials weren’t sure that they had ever heard of the Holocaust. Historians believe this gap is troubling. What’s even more troubling is that 80 percent of the Americans surveyed have not visited a Holocaust museum. There is a lack of personal experience with the Holocaust.

The survey team believes that the data demonstrates schools need to teach about the Holocaust. While that is true, sometimes history can be very dry when taught in the classroom. The scene from “Ferris Bueller’s Day Off” in which Ben Stein drones on about the Smoot-Hawley Tariff Act comes to mind. The students are slumped in their desk in a stupor, not understanding why they should care about that moment in history. Names and dates learned for tests are quickly forgotten. School shouldn’t be the only source of historical reference.

In the United States, there are more than 50 museums and memorials dedicated to the Holocaust. It’s important to visit these places to get first-hand accounts of the Holocaust and to see photographs and historical objects. The United States Holocaust Memorial Museum in Washington, DC, is probably the premier museum in the nation. Its permanent exhibition includes testimonies from rescuers and survivors to document one of the darkest chapters in history.

Connecting with people in history often makes it come alive. There’s no shortage of memoirs about the Holocaust. Here are some top picks for your reading list:

The Holocaust ended over 70 years ago. Don’t think of the Holocaust in terms of a history lecture. Get a personal perspective from a voice who was there. Pick up a memoir from the Holocaust to hear a first-hand story that gives meaning to history.