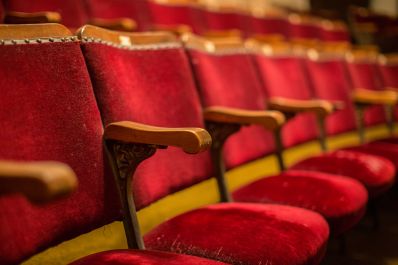 One of the most influential plays of the 20th century would have to be “A Streetcar Named Desire.” Probably everyone knows the famous line, “I have always depended on the kindness of strangers,” said by Blanche DuBois as she is dragged off to the mental institution in the final act of the play. What you may not know is that the playwright was homosexual during a time in America’s history that it was practically criminal to be such. Tennessee Williams did not let that stop him. Before LGBT History Month comes to a close, take a moment to remember the life and work of Williams.

The parents of Thomas Lanier Williams III were a shoe salesman and daughter of an Episcopal priest. Thomas’ father was an alcoholic and traveled a lot for his job. His mother was trapped in an unhappy marriage and continually searched for the “right” address. The dysfunction of his family was the basis for many of Williams’ works.

Williams had an essay and short story published when he was still in high school. When he went to college he studied journalism, but found the classes boring. He didn’t fit into the fraternity and washed out of a military training course. Williams’ father took him out of school and forced him into the workforce, which wasn’t suitable for him either. He would go back to school and graduate from the University of Iowa with his bachelor’s degree in English. He found the theater in his second pass at college.

In 1939, Williams took the professional name “Tennessee.” He struggled as a playwright during the late 1930s, mostly because the Depression had taken its toll on the country. Artists, musicians and playwrights had difficulty finding work. Williams earned a grant, which helped him move to New Orleans where he wrote for a federally funded program and helped to put people back to work.

“If the writing is honest it cannot be separated from the man who wrote it.”

“The Glass Menagerie” catapulted Williams into the limelight in 1944. The play charmed audiences in Chicago, then won over the critics in New York. “A Streetcar Named Desire” and “Cat on a Hot Tin Roof” followed his first play and were equally successful. In 1979, he was inducted into the American Theater Hall of Fame, even though his later plays did not garner near the success of his early ones. He tried to write in a new style, which was not well received.

It was during the late 1930s when Williams came to terms with his homosexuality. The United States was fairly conservative during this time, and life was harsh for homosexuals. Many laws were passed outlawing gay relationships. Some LGBT Americans left the country to live in Europe, where they could live openly. Williams periodically traveled to Europe, but most of his long-term relationships began in the U.S.

Williams’ most enduring romantic relationship began in about 1949 with Frank Merlo, an aspiring actor. The two lived together in Manhattan and Key West in relative harmony given the political atmosphere. Some historians believe that Merlo was a key factor in Williams’ most productive years. After the two broke up, Merlo was diagnosed with lung cancer and Williams came back to take care of him until Merlo died.

If you’ve never read one of Williams’ plays, put one of them on your reading list. Take an evening this month to watch a movie adaptation. Remember this playwright as a man who didn’t let the laws of his time distract him from having loved ones and finding his place as an artist.