Remembering Senior Citizens in May 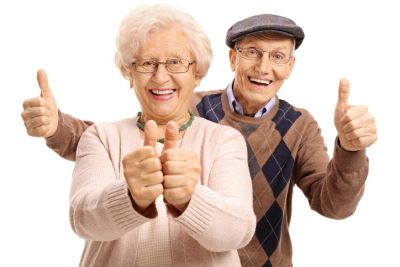 Here in the United States, the month of May is most commonly associated with graduation, Mother’s Day, the Kentucky Derby and Memorial Day. The Administration on Aging leads a celebration for older Americans, recognizing that senior citizens greatly contribute to the community. This year’s theme “Engage at Every Age” emphasizes that people are never too young or too old to take part in activities that offer mental, physical and spiritual enrichment.

According to the U.S. Census Bureau, the number of people age 65 and older in 2015 was 47.8 million, or about 15 percent of the total population. It’s projected that by 2060, 25 percent of the total population in the U.S. will be people older than 65. In the 2010 census, the United States had 53,364 centenarians. Women centenarians are far more common than men; about five women reach age 100 and older for every one man.

Currently, about 8.8 percent of the senior citizen population lives in poverty. This is down from the 2014 figures. If Social Security was excluded from senior’s income, the poverty rate would more than triple for this age group. Still, in 2015 there were over 4 million men and 3.7 million women over the age of 65 in the work force. Of those people, 5.3 million were full-time, year-round workers. About 9.3 million seniors are U.S. veterans.

Senior citizens are often the backbone of the community. Almost 80 percent of seniors own their home. According to 2014 voting data, senior citizens had the highest percentage of registered voters among all age groups and had the highest percentage of reported voters. One Pew Research study found that “all generations regard older Americans as superior in moral values, work ethic and respect for others.”

In 1963, President John F. Kennedy issued the first proclamation to remember senior citizens in May. It was first called Senior Citizens Month. President Jimmy Carter changed the name of the observance to what we know it today. Celebrate those in your congregation and community who are over 65.

The Administration on Aging offers these ideas for OAM:

Use the Generation Gap

American historian Lewis Mumford said, “Every generation revolts against its fathers and makes friends with its grandfathers.” The generation gap is real, but it’s not as divisive as it was in the 1960s and 1970s. Bridge the generation gap through communication, but don’t assume that seniors don’t understand technology or can’t appreciate today’s music.

Today’s adults are living longer. Society is much more mobile than it used to be. Seniors often live far from family members. Instead of ignoring older Americans, take some time in May to appreciate their history and stories. Reach out to a senior citizen and enrich your own life.