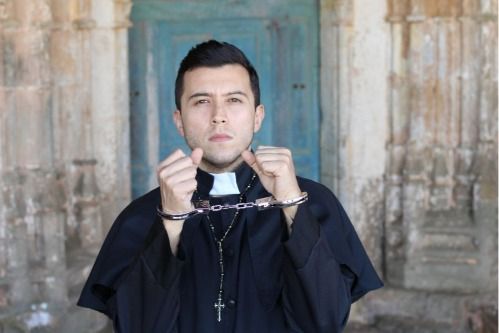 We are saddened to hear yet another story of a stubborn pastor putting his congregation and his entire community at a heightened and unnecessary risk of contracting and transmitting coronavirus. This time around it’s Florida pastor Rodney Howard-Browne of the River at Tampa Bay Church. This recurring problem highlights issues of religious freedom and what it means to be an ethical and moral person.

While the Universal Life Church is and remains to be a fierce fighter for religious freedom, we should make the point of these articles clear, less anyone walk away from this with the wrong impression; the right thing to do during the pandemic from an ethical standpoint, a moral standpoint, a religious standpoint, a precautionary standpoint, and a legal standpoint is to stay home and not attend public gatherings.

Howard-Browne shepherds a flock of about 4,000 members. He has declared that he wouldn’t close the doors of the River at Tampa Bay Church until he is raptured away, despite mandates against gatherings and the operation of non-essential services issued by Hillsborough County where the church is located.

Coronavirus is a serious issue and Howard-Browne needs to treat it as such. Florida in particular already has more than 5,200 confirmed cases and over 63 deaths from it. These numbers are likely about to jump up, what with thousands of congregants coming to just the River at Tampa Bay Church alone, not to mention other smaller groups still meeting.

His mega-church continued holding services in person, creating an ideal environment for the virus to potentially spread and thrive.

Responding to the public health hazard, sheriff’s deputies arrested him on March 30th on two counts: unlawful assembly and the violation of emergency health rules.

This didn’t come out of the blue. The local sheriff had been in regular contact with the church, repeatedly asking them to cease in-person services. He even spoke with the church’s lawyer and tried to meet directly with the pastor, who decided to actively avoid the sheriff, leaving deputies no choice.

“His reckless disregard for human life puts hundreds of people in his congregation at risk, as well as put thousands of residents who may interact with them in danger,” explained the sheriff.

There’s a temptation in religious communities to think of people like Howard-Browne as a hero - a champion of religious freedom, but this is potentially dangerous. Many faiths predict that their participants will endure hard times because of their beliefs, and that pushing back against this is essentially fighting “the good fight.”

These are indeed hard times for us all but nothing about needlessly putting a group at risk qualifies as heroic. The active rejection of precaution is not “the good fight.” It’s more akin to pentacostal preachers handling venomous snakes to prove their devotion and divine protection; but remember that it’s not unusual for these preachers to get bit.

Pastors can triumph over these hard times by finding ways to provide spiritual guidance in a safe way that abides by precautionary mandates.

We know that many people are turning to their respective faiths for comfort and wisdom right now. As a minister, you should embrace and encourage that and help how you can. We implore you to do so with not just spiritual well-being in mind, but also the physical health of everyone. We hope that you all will be safe and well in every sense.

EPIC SF church is at SFO FINANCIAL DISTRICT and we have online service through ZOOM AND Youtube. Pastor Howard-BROWN did show a sense of pride like the Book of JOB and rebellion for he think that GOD will protect them all who worships HIM, yet GOD said we need to respect the authorities and with this kind of pandemic we really need to humble ourself and down on our knees to pray and fast at home for HIS mercy. I did a 7-days water fast since GOOD FRIDAY. It was not easy, to stay away from all entertainment emails social media pleasure of food and stay inside my small room (closet) to spend time just with the LORD so i can detox all the toxic relationships i had and able to speak to my mountains of all iniquities and obstacles. BELIEVE that GOD is more important than anyone and that the Holy Spirit shall start have a person to person conversation with me after i worship praised read HIS WORDS, know the TRUTH which is in the messages of listened on YOUTUBE of MYLES MONROE and JOEL OSTEEN. Self management and faith to overcome delivered pride greed rebellion and understand the true meaning of the fruits of the Holy Spirit verses our gifts from GOD. As a green and inexperienced ORDAIN OF MARRIAGE only, I am inviting Holy Spirit to follow me now, I need HIS anointing, come to me now, I love HIM HOLY SPIRIT. HE captivate my soul, I grow to learn to love HIM even more. I am reaching for HIS love, HE holds my life in HIS hands, drawing me closer to HIM, I feel the power in HIM. NOTHING compares to this place, where I can see HIM face to face. I WORSHIP HIM in spirit and in truth...... This worship song just keeps on repeating in my mind during the FAST. AND NOW I have to discipline myself to avoid the default program from my parent that woman don't need to have a VISION or DREAMS and I TO BELIEVE THIS: I CAN DO ALL THINGS THROUGH CHRIST WHO STRENGTHENS US YET OBEDIENT TO THE AUTHORITIES WHO IS TRYING TO SAVE THE LIFE OF MANKIND. AMEN.