Religion on the Wall Calendar 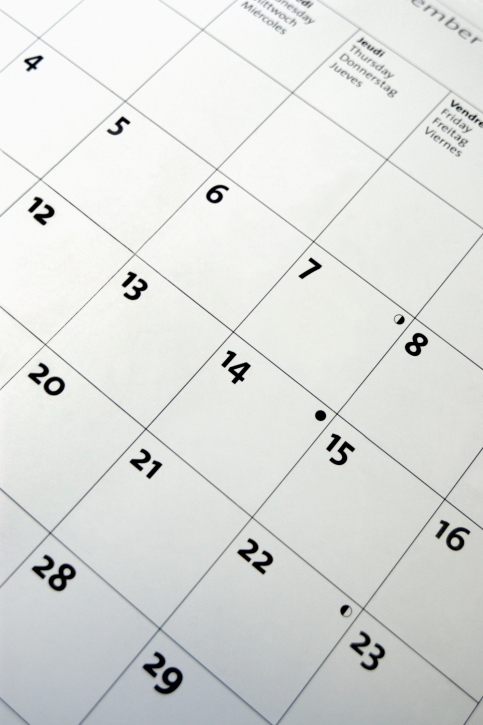 While human societies throughout history have marked time by the passage of the sun and the change of the seasons, modern global society has come to agree on a civil calendar by which nearly all people in the world are united in agreeing on the day, date and year. To allow for consistency in international commerce, most countries have adopted what is often called the Gregorian calendar as the civil calendar at the first new moon after the winter solstice. However, the traditional Chinese calendar marks what is called Chinese New Year, observed in 2019 on February 5th.

The original need for a transition from the Julian calendar that ruled the Roman Empire was due to the persistent drift of the observance of the Easter celebration. Meant to be a spring celebration near the vernal equinox, the irregularities of the Julian calendar put the celebration further away year by year. In 1582, Pope Gregory introduced the changes that primarily adjusted the rules for observing leap year on the fourth February of most years.

Year of the Pig

Marked with the largest human migration in the world, as residents of China make some 2.8 billion trips home to visit family from school or distant workplaces, the start of the New Year on the traditional Chinese calendar marks the beginning of a 15-day festival of feasting, parades, festivals, and music. The Chinese New Year is celebrated in many Asian countries, including:

The holiday is also celebrated throughout the world, in Chinatowns in many cities and in homes and communities where Chinese populations dwell. The festivals and events honor the traditions and history of the holiday that celebrates the start of the New Year of the lunisolar traditional Chinese calendar.

Religious Traditions Tied to the Calendar

Among the reasons that the Roman calendar, called the Julian system, was renovated in 1582 by Pope Gregory was the drift that the less accurate, older Roman calendar was allowing in the date of Easter, one of the most important holiday observations for the church. While the Julian calendar came very close to reflecting the actual number of days in the year, it was not precise.

With the same number of months and same month names, the Gregorian calendar tinkered only slightly with the rules of leap day, which had been marked with an extra day in February every four years under the old calendar. By slightly altering the rules marking the years to add (or not add) the extra day to the year, Pope Gregory's contribution to marking the days and seasons is able to stay closer to consistency with the actual solar progression as observed, and helps to keep religious observances like Easter in tune with the arrival of the spring season.

Time in the Modern World

Most modern citizens of the world usually do not give much thought to the way the calendar works, they just enter dates into an electronic device and get a notification when the appointed time or date arrives. Similarly, religious and other special occasions that were once marked by a general time of festivity are now difficult to forget, as advertisers remind people when the approach of Thanksgiving or Christmas is to be marked by buying more goods and celebrating with time off from work or other activities.

As modern technology and media bring more people in closer contact with one another around the span of the globe, many people become aware of the deep and abiding connections that link all the beings of the universe. Regardless of the name of the year, whether it is the year of the pig or AD 2019, people are coming to realize that they share more similarities than differences, that there are more connections than separations among the people of the world.