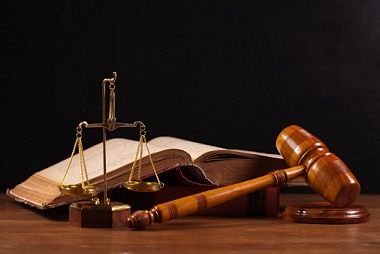 Employees who believe they understand the general right to privacy that an employee enjoys in their personal life may be very surprised that it is quite different in places that are run by a religious organization, such as:

Courts and legislators seem intent on carving out exceptions for such work places that come under the purview of a religious group's control so that they need not follow state and federal laws against discrimination based on race, religion and gender.

Similarly in Europe, courts have ruled that organizations that are religious, or controlled by a religious group, can interfere in their employees' lives in significant ways. From whether they are allowed to marry or divorce to their involvement in various social groups, some European courts seem to be willing to allow religious employers to dictate many aspects of the lives of their workers.

Both Sides of the Atlantic

The European Court of Human Rights several years ago disappointed many when it rejected the case of a former teacher and retired priest in Spain who was laid off at the direction of the church because he married and participated in the movement to allow married priests. In another closely watched case before the ECHR, a religion teacher in Croatia was let go from his job when he divorced and entered a second, civil marriage. A conservative group submitted arguments in favor of the church's position, arguing that religious bodies have a right to demand "increased loyalty" from people under their authority (in excess of the normal degree of loyalty that an employee owes to an employer).

In the U.S., another state inches closer to a law that specifically allows religious groups and organizations greater ability to discriminate in employment practices based on religion. The Indiana Senate passed a bill by a vote of 39-11 that would allow religious organizations that contract with the state freedom to make hiring decisions based on religious factors. The law would also guarantee businesses the ability to require all applicants and employees "to conform to the religious tenants of the organization."

Senator Karen Tallian, one of the ten Democratic senators in the state senate to vote against the bill (joined by a single Republican who stepped out of line to vote against it), enquired, "How many tenants must you conform to? Do you have to go to church every Sunday?"

The bill, which now goes to the Indiana House of Representatives for consideration, covers those contracts with Indiana's state government or agencies "with a religious corporation, an association, an educational institution, or a society."

As major religious organizations and conservative politicians align with some court decisions that seem to allow churches and faith organizations to discriminate against those who are not part of their faith, some question whether the trend to carve out exceptions to laws for religions that have entered the public sphere by operating institutions of education or other businesses is a laudable one or not. Seeing the world as being made up of individuals who share more similarities than differences, it seems that establishing a part of the employment market that permits tests of religious loyalty is a step back to a time when religions wielded immense power over institutions of state and economy alike. For all those who see more connections than separation among all beings of the universe, inclusion rather than exclusion should be the policy in all areas of life.

i can not understand why all the histiry of religions and all the wrong that has been imposed on people over the centeries do people now days still believe controlling peoples lives is ever a good thing or even worked out. People have always challenged or looked for better then being told what to do. It's called freedom no authoritarian theocracy allows freedom of thought freedom of will freedom of most any kind but theirs. but a democracy pandering to deprive equality to whom ever does not embrace servitude of this or that gods rule should be denied anything in a democracy where choice is up to each person on their path in life no one should be forced or denied based on invisible friends one has!!