Religion and Culture Centers in Milwaukee 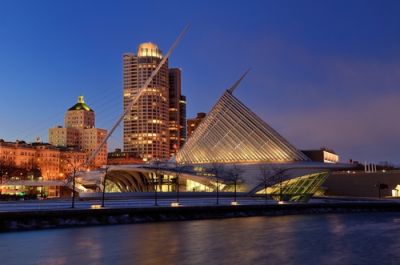 Milwaukee is known for its brewing history, with German immigrants bringing beer to the area. The Milwaukee Brewers are fighting for a spot in the World Series this year. It’s not a city that is usually considered a cultural center, but it does have its moments. In fact, Milwaukee is the headquarters for six Fortune 500 companies. Walk Score named Milwaukee the 15th most walkable city in a list of the top 50 largest U.S. cities. Here are the must-see places when you’re in the area.

The congregation for this church was founded in 1888. In 1929, Pope Pius XI designated the building as a minor basilica, the third one in the U.S. The architecture is considered Polish Cathedral. The copper dome is one of the largest in the world. Some of the material used in constructing the building was from the U.S. Post Office and Customs House in Chicago that was being torn down. It has an interesting history and is a Milwaukee landmark that shouldn’t be missed.

This museum was scheduled to reopen this fall after it had to close in 2008 due to financial problems. It was founded by the only known black man to survive a lynching. Currently, it is a virtual museum that preserves the heritage of the harmful legacies of slavery, believing that by remembering the past, society shapes a better a future. There’s a lot to go through on its website and when the building reopens, it should be a place to learn more about the struggle for civil rights throughout America.

This museum has a unique collection of photographs, postcards, oral histories and newspaper clippings that tell the story of the Jewish community that came to America to escape racism and oppression. It’s just a 10-minute walk from the MAM and complements the artwork found in the city. One of the exhibits tells the personal story of a couple in Nazi-occupied Prague who wrote to their cousin in Milwaukee in the hopes of obtaining visas. Neither made it to America, but their legacy is remembered in this museum.

You’re probably thinking that a museum dedicated to motorcycles isn’t exactly culture or religion, but Harley-Davidson was founded in Milwaukee. The company has impacted American culture through film, television and artwork. The museum is very unique and presents a different point-of-view on the people who ride these motorcycles.

This church has some of the most beautiful, elaborate and extensive collections of church mosaics in the United States. It was founded in 1912, but the cathedral wasn’t completed until the mid-1950s. It’s built in the Serbo-Byzantine architectural style. The congregation is quite active in the community. Its American Serb Hall has hosted every president-elect as a stop on the campaign trail since it opened in 1950. In 2016, the church hosted the Prince and Princess of Serbia.

This chapel sits on the grounds of Marquette University, but its history takes it back to the 15th century in the French village of Chasse-sur-Rhone, south of Lyon. After the French Revolution, the building fell into disrepair. It was moved to Brookville, New York, in 1927. In 1964, the owner gave the chapel to Marquette University. Today, it features artifacts that are suspected to pre-date the original chapel.

If you live in Milwaukee or find yourself in the area, then do yourself a favor and take the time to visit these cultural and historical centers.