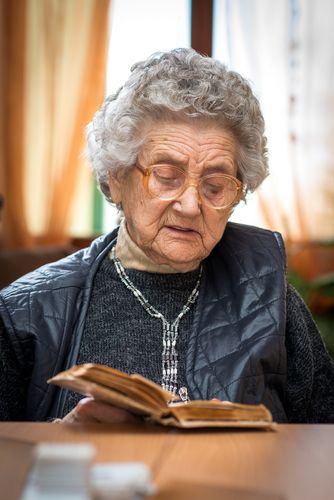 In the United States, it is not uncommon for churches to have more older members than younger ones. While at first glance this may appear to be an issue of new generations becoming steadily less religious, there may be another explanation. Statistics taken concerning religion across different age groups shows that while people may drift away from religion in their young adulthood, this doesn’t mean that they will not return to a religious lifestyle later in life. Rediscovering religion, or finding it for the first time, can bring new experiences and challenges into people's lives.

The Statistics of Age and Religious Involvement

There is an interesting trend that can be observed when looking at the statistics on religion worldwide. Many members of younger generations, even those who were exposed to a religious background during their childhood, end up drifting away from religion in their late teens through their early thirties. Interestingly, these same individuals who left religion behind as a part of their identity often find a renewed interest in religion as they age. According to the Pew Research Center, out of adults born between the years of 1930 and 1939, only 43% were religious in their 20s and 30s. Out of this same group, 56% were religious as they entered into their 70s.

The Appeal of Religion to Older Generations

There are many reasons older adults may tend to gravitate more toward religion. One theory is that as people age, they become more aware of their own mortality. This may cause them to go through a sort of existential crisis as they search for answers and hope for the future. In this way, finding religion can bring comfort and a renewed sense of purpose to the lives of those who turn to it.

Another possibility is that some of the obstacles that prevented people from being able to connect with religion may become less of an issue as they grow older and have more life experience. People who may have been at odds with religion because of big questions may find they have a deeper understanding of how religion can fit into the world. For example, someone who avoided religion because he or she could not believe an all-loving god could exist in a world with so many problems may have a change of heart and embrace the messy nature of life in his or her older years.

The Challenges of Joining a New Religion

Of course, not everyone ends up having a religious revival in their golden years, and doing so may not be as easy as it appears. Joining a new religion can involve a major change of identity, and it can be a challenge for newcomers to feel comfortable and accepted at first. Impressions that were made on those who came from religious families can be difficult to overcome and may make it difficult to change faiths or return to a religious lifestyle after they have left. On a similar note, those who have never been religious may feel overwhelmed and uncertain of how to handle the new social situations that can come up at church.

Finding a Renewed Sense of Faith

While rediscovering religion later in life is not for everyone, there is still a large percentage of Americans who join or rejoin religions in their older years. Doing so may be the result of these individuals’ changing attitudes to the world around them or the desire to find a source of peace and comfort as they age. While it can take time and effort to join a church for the first time, doing so can be a positive change for older individuals looking for a way to explore their religious beliefs.

EviapologiSafe Street Angel Spirit Above the wind, the breath, the wind, Free from danger of any kind; as safe from enemies; safe from disease; safe from storms; safe from the malice of foes. Properly, a paved way or road; but in usage, any way or road in a city, chiefly a main way, in distinction from a lane or alley. Literally, a messenger; one employed to communicate news or information from one person to another at a distance. But appropriately, primarily denotes "the wind" (akin to pneo, "to breathe, blow"); also "breath;" then, especially "the spirit," which, like the wind, is invisible, immaterial and powerful. The NT uses of the word may be analyzed approximately as follows:

Primarily, wind; air in motion; hence, breath All bodies have spirits and pneumatical parts within them [ This sense is now unusual.] To animate; to actuate; as a spirit.

Azrael -in these times of angst and uncertainty in the world we live vs the world we know, or the one we want to know, we all must take time to breath; and more importantly exhale. It seems as if I have been holding my breath for so long waiting for answers, change, help. Without the exhale you can not take in a new breath, drawn deeply into your soul to cleanse the poisons that have built up. So breathe... then exhale... Repeat!