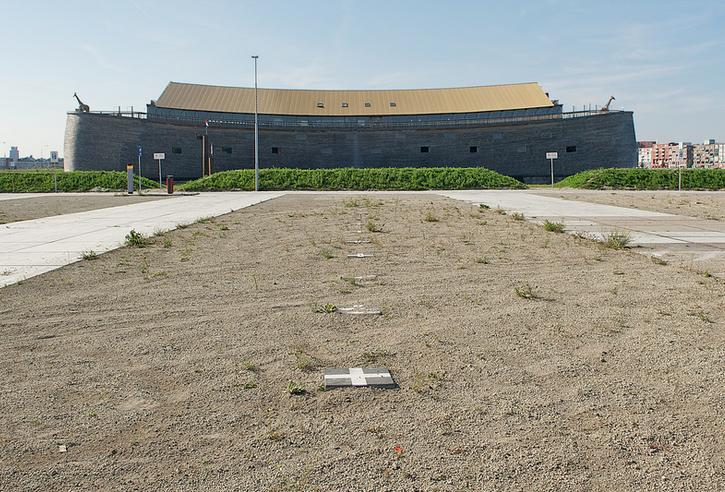 There are many different ways for people to celebrate their faiths, whether they are Jewish, Mormon, Buddhist, Christian, Muslim or anything in between. Those who chose to exercise their beliefs in the context of an organized religion often do it because they enjoy the communal feel and ready access guidance from spiritual leaders. Some religious figureheads, however, are much more controversial than others, and draw criticism from many different groups. Ken Ham's fundamentalist conservative beliefs and his church's plans to spend $73 million to build Noah's Ark have made him such a figure. Below are some key points in Ham's past controversies, as well as a brief discussion of the criticisms he faces for rebuilding the Ark.

Past and Ongoing Criticisms

Ham has been at the center of many debates. As a major player in Answers in Genesis, a young-Earth Christian organization that preaches that Genesis should be understood to convey literal historical facts, Ham has come head-to-head with scientists and other Christians who argue that this is a narrow and confining view of Biblical texts. He has also come under fire for establishing the Creation Museum, which promotes a young-Earth explanation of the universe. Here is a general breakdown of some of the major ongoing criticisms Ham and his museum face:

Use of Funds for Noah's Ark

One of the biggest issues regarding the Ark is that it will require an enormous amount of money money that could arguably be better used in feeding the hungry or helping the poor. Ham has responded to such criticisms by bringing up the budget of the upcoming Paramount movie, "Noah," which depicts the story of the Biblical figure and the Ark's construction. The budget for that film is approximately $150 million, and Ham argues that this could also be spent to help the poor, as could the money that people spend to see movies in theaters every year.

The beauty of living in a multicultural, multi-religious country is that there is always room for different beliefs and their accompanying philosophical debates. Those who do not ascribe to the teachings of a certain faith may respectfully speak out against it, and those who do not agree with some of their own religions' practices can take their issues up with their spiritual leaders or decline to contribute to certain causes. People who do not believe in the Noah's Ark project may wish to speak up about it, or simply chose to refrain from contributing to its funding.