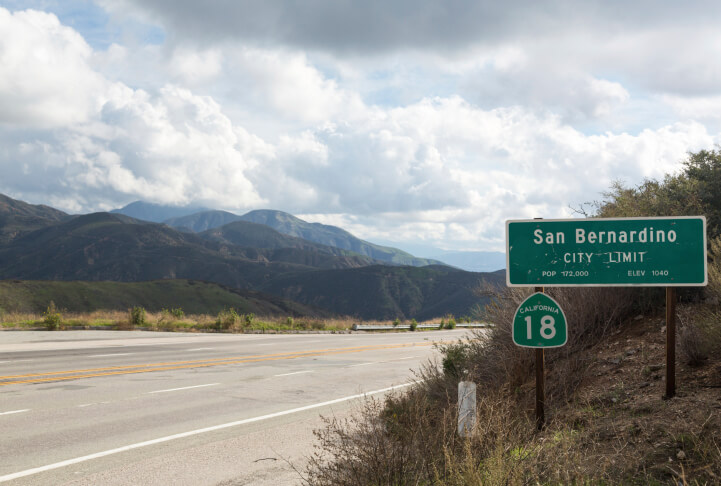 More details are beginning to emerge about the two killers in the California terrorist attack, yet there are many questions that have yet to be answered. On December 2nd, Syed Farook and Tashfeen Malik, a married couple, opened fire at a holiday party in San Bernardino, California, killing 14 and wounding many more. Farook was an employee for the public works department that was holding the party, so most initial suspicions immediately went to the possibility of a disgruntled employee opening fire on people whom he hated at work. It was at first suspected to be workplace violence. However, Farook's position at the company never appeared to be in jeopardy, and those who associated with Farook during his time there said he was quiet but seemed to be friendly. Now, reports are coming out saying both Farook and Malik were radicalized long before the attacks, and the event has been classified as a terrorist attack.

The FBI is looking into whether or not Farook and Malik's marriage was arranged by a terrorist group before the couple even came to America. There is a possibility that they planned on carrying out a terrorist attack long before Malik came to the United States, and it's very possible the couple got married as a cover. Reports are showing that they could have become radicalized two years ago, or possibly before. Farook was born in Chicago, and they could have used their engagement as a reason to bring Malik into America. Malik spent the majority of her life in Saudi Arabia before arriving in the United States in July of 2014. The couple was married a month later. They lived in a townhome with their daughter who is six months old and Farook's mother.

Farook and Malik left their daughter in the care of Farook's mother, telling her they had a doctor's appointment. They arrived at the party as guests and spent some time there before leaving suddenly. Shortly after, they burst back in, shooting at random. During this time they killed 14 people and injured 21 more. They got away but were killed in a shootout with police just four hours later.

Reports initially stated there were three people involved in the attacks. When Farook and Malik were killed in the shootout, investigators also stated there was a man who was arrested after he was spotted fleeing from the scene. However, at that time, they were not sure whether or not he was involved in the attacks. Since then, there has been no mention of a third shooter, which has left some civilians concerned. People aren't sure whether there ever was a third shooter or if the FBI simply hasn't caught the third shooter yet. Either way, many find it worrisome that no one has mentioned the whereabouts of the third shooter but also that there has been no confirmation that there never was one.

Reports also state some of Farook and Malik's actions in the past should have raised red flags, but they were never investigated.

There was evidence Farook was planning an attack in 2012. However, he canceled his plans after three potential terrorists were arrested in November of that year. Farook had ties to the men who were arrested, and he was allegedly in one of the men's social circles. Malik attempted to contact Islamic militant groups several times a few months before the attacks. However, she was unsuccessful in contacting them.

All of these things seem suspicious in hindsight, but it may not have been enough for investigators to open an investigation on the pair. If it had, the terrorist attack likely wouldn't have been carried out, meaning all of those lives could have been spared.