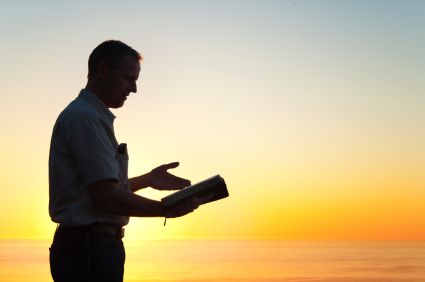 On October 7, Pastor Jim Garlow will share his opinion with 2000 members of his Skyline Wesleyan megachurch in La Mesa, CA about who they should vote for in the 2012 presidential election in an event called "Pulpit Freedom Sunday". Garlow will undertake this course of action despite knowing that it violates IRS regulations for organizations like his, and that the IRS could revoke Skyline Wesleyan's tax-exempt status as a result. Garlow, as well as over 1000 preachers from across the country, are planning on using Pulpit Freedom Sunday to bring supposed infringements of religious liberty and "muzzling" of churches to national attention.

One of the primary arguments supporting the sentiments behind Pulpit Freedom Sunday is based in American history. The Speak Up Movement, which "Protects and promotes the rights of our churches" and one of the organizations involved in organizing the event, points out that pastors speaking from their pulpits have frequently become involved in politics throughout the course of our national history and have played a large part in shaping the country into what it is today. A video on the Speak Up Movement's website discusses how churches supported the push for American independence from Britain, protested slavery, and backed the civil rights movement of the 1960s and argues that preachers should be allowed to vocally support individual candidates by virtue of these precedents.

Reason for the Debate

The focus of religious liberty proponents' complaints is a major stipulation included in a 1954 tax code that says that churches are not allowed to enjoy tax-exempt status if they preach in favor of a political party or issue during services, through newsletters or in any other form of church communications with their congregation. Specifically, IRS rules for 501(c)(3) charitable organizations state that they cannot act "on behalf of (or in opposition to) a candidate for public office." It is thus a violation of the restrictions governing who is allowed to claim tax exempt status when church leaders like Garlow communicate their opinions about political candidates to their flock.

The threat of having their tax-exempt status revoked is a very serious one for many, if not all, of the churches involved in Pulpit Freedom Sunday. Garlow's megachurch, for example, would be taxed at rates comparable to those levied on for-profit corporations for the millions of dollars in collects in donations every year if its tax-exempt status is revoked. American churches, and the patrons of those churches, would be taxed $25 billion more a year if all church-related tax exemptions were abolished (note that those are actual tax revenues and not the additional amount of money that federal, state, and local governments would be able to apply taxes to). 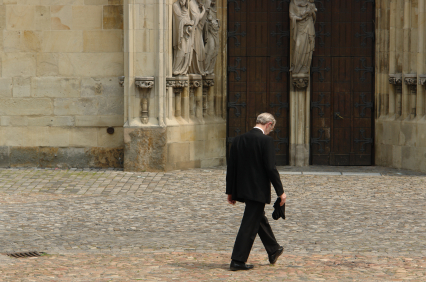 Despite the serious implications of a church losing their tax-exempt status, Garlow would welcome it and see it as an opportunity for religious liberty advocates across the country to permanently change tax codes.

"We're hoping the IRS will respond by doing what they have threatened [and revoke a church's tax-exempt status]," he said. "We have to wait for it to be applied to a particular church or pastor so that we can challenge it in court. We don't think it's going to take long for a judge to strike this [tax code] down as unconstitutional."

Some of the ministers involved in Pulpit Freedom Sunday have even sent videos of them speaking about political issues in front of their congregations to the IRS in an attempt to provoke lawsuits.

Bolstered by the efforts of Protestant ministers, a cohort of Catholic bishops have announced plans to host their own version of Pulpit Freedom Sunday, "Fortnight for Freedom." Catholic officials throughout the country have pledged to continue their criticism of the Obama administration and his policies on birth control and health care so that Americans will be able to "vote with their Catholic consciences" during the upcoming presidential election.

Despite the blatant and flagrant breaking of its tax codes at the hands of the church leaders involved in Pulpit Freedom Sunday, the IRS has done nothing to stop them. One major reason behind their inaction is their desire to be seen as an impartial, non-political federal agency. Cracking down on churches would inevitably be seen as a partisan, pro-liberal move, something that the IRS is especially keen to avoid while a Democrat occupies the White House.

A program set up by the IRS to counter political activity amongst charitable organizations like churches, the Political Activity Compliance Initiative, appears to have been inactive since 2009.