As the burqaÃ‚ ban sweeps across Europe, Austria is allowing the little known tradition of upturned pasta strainers to appear on driver's licenses.

After just two years of fighting, Niko Alm, an Austrian man was allowed to appear in his 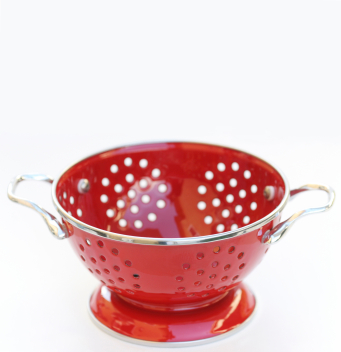 driver's license with an upturned pasta strainer on his head. First, however, he did have to make a trip to a medical professional to assess whether or not he was mentally fit to drive, however he passed that test with ease and was allowed to renew his license pasta strainer and all. To him, it was a sign of religion confession, something permitted by Austrian law.

The religion, you ask? Pastafarianism.

Pastafarianism is the official denomination of The Church of the Flying Spaghetti Monster. Started in 2005, officially however it has been around for far longer, this church centers itself on the rejection of dogma. The Flying Spaghetti Monster demands no specific rites, rituals or adherence to rules. Further, they enjoy beer, take a Sabbath of sorts every Friday and embrace contradictions.

The acceptance of contradictions definitely explains why a group with no rules would allow a member to claim having the strainer on his head was part of the religion, just for him. A religion without rules would certainly allow for arbitrary ones to be followed, sometimes.

A further contradiction, expression of religion and religious freedom stops at the face.

That is the only explainable difference as to why tradition of the pasta strainer and donning the burqa are treated so differently. Despite the absence of tradition and precedent, Alm was allowed the strainer while a ban on the Islamic practice of women completely covering themselves is furiously debated. One covers followers' faces and one does not and therefore one is permitted and one might not be.

Belgium and France have both banned wearing burqaÃ‚ in public and it is rumored that Austria could join their ranks. However, in light of recent events, it may be a more difficult argument to make.

At first, I was surprised at Austria's allowance of the religious declaration. However, given Europe's tendency to support less dogmatic things and to move away from public displays of religion, this decision can be contextualized. Especially when considering that Islamophobia has been running rampant in many parts of the continent for some time now.

The question that remains now is how the decision to allow certain religious displays will affect the attempt to limit others. Arguing about the value of an exposed face in society will 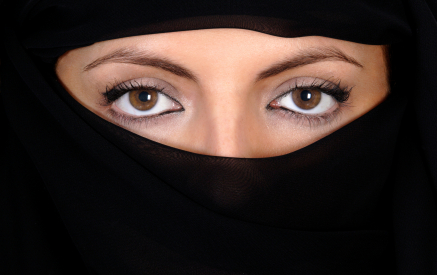 eventually be capitulated and beaten by Europe's own allowance of other displays of religious expression.

At the Universal Life Church Ministries we believe religion can be expressed in any way people see fit, so long as no one is hurt in the process. Burqas used as a peaceful expression to protect women's propriety are one thing, burqas used to mask a crime are another. It is the opinion of the ULC Ministries that Europe would be well served making that distinction as opposed to a blanket burqa ban.

If you feel that your religious path calls you to become legally ordained online, do so attheMinistries.org.