Potential Benefits of a Gift Economy 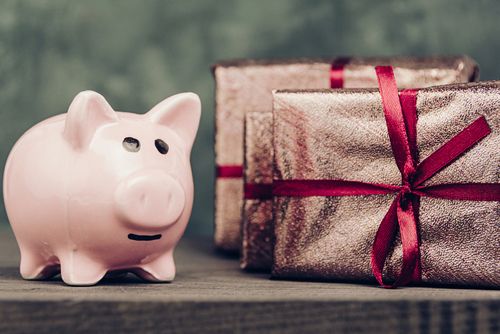 The supposed free market is championed in many capitalist nations. Goods and services are bought for a certain amount of money, payable upon receipt. This seemingly simple exchange is the basic element that drives stock prices, employment rates, inflation and a myriad of other factors that reveal the health of the current economy.

A gift economy, by contrast, relies on the agreement amongst community members that meeting basic needs should not have a price tag. While eventual reciprocation of a gift is the expected norm within such communities, there is no immediate requirement of payment for the service rendered or the goods shared. Proponents of such a system list several benefits that are possible when the mutual aid values of a gift economy are enacted on a widespread basis.

Capitalist societies tend toward individualism. Tales of success are centered on the diligent, hardworking, salt-of-the-earth citizen. It is often assumed that the money an individual earns is a direct reflection of the amount of work he or she does, and the unpaid labor of managing households, providing childcare, making art or volunteering in the community may not be taken into account.

An economy based on satisfying needs, however, requires that all work is seen and valued. People are expected to use their gifts to build up their communities. Those who have more of a particular resource acknowledge that they did not come into the fortune on their own and are thus compelled to share with those whose labor doesn't yield such immediate results.

It is easy to judge billionaires who spend large amounts of money accumulating property and luxuries that others can only dream of having. This judgment comes even more easily when they are surrounded by so much obvious unmet need or when the companies that made them that rich have workers on the payroll who don't even receive a livable wage for their efforts. Despite the distaste many claim to have for this behavior, however, these individuals are still often upheld as successful and given the subsequent awards and accolades that go along with that status.

A gift economy does not reward such blatant inequity. Community members who seem to be hoarding resources may be regarded with suspicion and challenged to justify their unshared wealth. They may lose the trust of others and, in societies with particularly strict expectations, may even lose their community standing altogether if they do not mend their ways.

It is often said that everyone has the same 24 hours in a day. While this sentiment is meant to motivate people to work harder and produce more, it is misleading. Even though it is technically true, temporally speaking, the reality is that the single mother working three jobs to feed her children has to pack a lot more labor into her day than the CEO with a full house staff and a team of assistants.

In a community where providing for each other is the priority, everyone is more likely to have all the assistance he or she needs. There is no reason, therefore, for one person to work twice as hard as anyone else to have the basics that sustain life. An especially wonderful outcome of this type of mutual protection is that it cultivates a culture of generosity and gratitude. Kimmerer extols the virtues of a society that recognizes the reciprocity with others and nature that is necessary for a healthy community.

While a gift economy may seem foreign to those who are used to the free market, it is the hallmark of many strong, resilient tribes and cultures throughout the world. Even subcultures of capitalist societies can thrive by practicing community care based on need and reciprocity.