Plagued by Scandal, but Not Abandoned

Pastors who have experienced scandals may be left with fewer sheep in their flock, but they are not left alone. 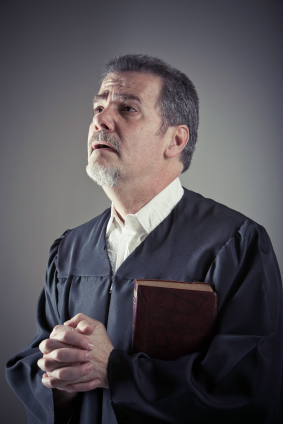 It seems as though every day another pastor, priest or minister is plagued by a scandal. Call them pastor scandals. Whether it is accusations of fraud, charlatanism or lewd conduct, public embarrassment has been plaguing the spiritual leaders of mega-churches nationwide.

Some of these scandals have garnered national attention, with some saying that these incidents have been blown out of proportion. Most people are familiar with Bob Moorehead, pastor of Overlake Church who was charged with indecent exposure for exposing himself in a bathroom in Daytona, Florida. Even more prolific was the scandal surrounding Ted Haggard, pastor of New Life Church who was caught in having a homosexual affair and using methamphetamines. Scandals are not sequestered to the bedroom. Richard Roberts, former President of Oral Roberts University and current head of Oral Roberts Ministries, was discovered filtering university funds into his personal accounts.

These scandals have not only been embarrassing, they have been painful as parking lots once filled with devout church goers are now mostly empty. However, these exoduses in the wakes of scandals do tend to leave some behind.

Church members leave for obvious reasons. It is often the case that pastors lead their sheep to greener pastors. That is to say, pastors often teach those who are down and out how to drag themselves out of the gutters. If the pastor that guided them is misguided themselves, it could mean that instead of leading the congregation to salvation, the pastor lead them astray. It this feeling of betrayal that strikes the heart of a person, their very core, that causes people to leave.

However, for some the courage it takes the pastor to return to the pulpit after being smeared by scandal speaks a message far louder than anything the pastor may say. It is a message of redemption, deliverance and forgiveness. A pastor who returns after a scandal is often one that exemplifies God's best qualities. To them, if God can forgive their pastor, why shouldn't they?

Regardless of whether someone's life has been disrupted by a scandal surrounding their pastor, it is important that everyone feel comfortable in their house of worship. If you have been unable to find a church that fulfills your needs, do not hesitate to become a pastor online. In doing so you can start your own home church and potentially be the pastor you never had.