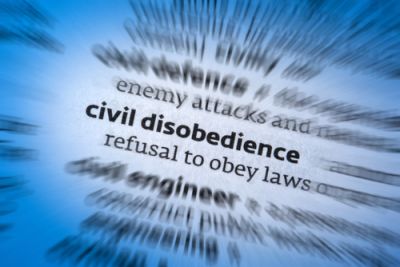 Congresswoman Maxine Waters, a Democrat who represents California’s 43rd district, recently called on supporters to “show up wherever we have to show up. And if you see anybody from that Cabinet in a restaurant, in a department store, at a gasoline station, you get out and you create a crowd. And you push back on them. And you tell them they're not welcome anymore, anywhere. We've got to get the children connected to their parents.”

Waters may have good intentions. The Trump administration needs to take action on immigration, as the situation at the border is intolerable. Waters has every right to criticize the government and ask for action. Some have taken her comments as a “license to harass.” Many Democrats have refused to go as far as Waters, even making statements that they don’t support Waters.

Can the Name-Calling Stop?

Extremists on the immigration issue are widening the political chasm in the United States. The Anti-Defamation League calls for a “Zero-Indifference” response to name-calling in the school. If Waters had made her statement in a school setting, it’s possible she might have been suspended for inciting violence. Republicans who have called her names would also be reprimanded.

The ADL believes that name-calling should not be ignored or excused. Neither should people be immobilized by fear. Effective interventions consist of two things:

When you consider the responses to Waters, one of the best comes from Senate Minority Leader Chuck Schumer: “No one should call for the harassment of political opponents. That’s not right. That’s not American… If you disagree with someone or something, stand up, make your voice heard, explain why you think they're wrong and why you're right. Make the argument. Protest peacefully.”

One of the best examples of civil disobedience in America’s history is when Rosa Parks refused to move to the back of the bus. Her actions allowed the legal challenge to equality. Protestors went further and threatened Montgomery’s economy by refusing to ride the bus. They went to great lengths to avoid contributing to the transportation industry. It was a peaceful act of civil disobedience that caused change without infringing on the rights of others.

In 1963 Vietnam, a Buddhist monk burned himself on a busy street in Saigon, protesting the religious inequality in the country. HIs martyrdom was heard around the world. Several monks followed suit. The pressure put on the government by their actions facilitated change. This was a very tragic example of civil disobedience.

Artists on the Western side of the Berlin Wall used the wall to protest it. On the Eastern side, people were forbidden to even approach the Wall. It was bleak, grim and dismal, representing oppression. The other side of the wall was covered with political activism, colors and life. It was a stark contrast. The Western artists told the government in their own way that they didn’t approve.

In each instance of civil disobedience above, change didn’t happen overnight. The Berlin Wall went up in 1961. It came down in 1989. Rosa Parks made her stand, pun intended, in 1955. The last piece of the Civil Rights Movement (Fair Housing Act) was passed in 1968. It’s 2018 and racial tension still exists in some communities in the United States.

The immigration crisis certainly needs to be addressed. Name-calling and harassment will only push the two sides farther apart. Peaceful civil disobedience is called for to enact change.