Online Dating as a Christian: Should You Do It? 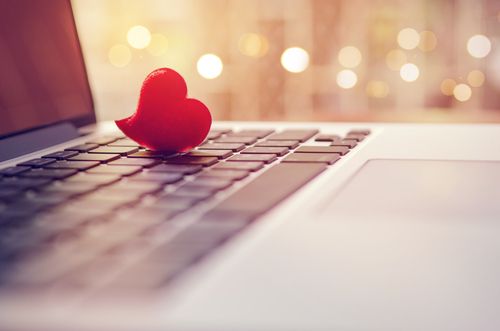 As of 2019, 39% of heterosexual couples reported having met their significant others online. More than half of Americans have used an online dating service, and nearly three-quarters of single adults say they believe that relationships that begin online are more successful than those that form offline. The numbers don’t lie: When it comes to dating, algorithms are now the preferred matchmaker over friends, families and good old-fashioned socialization. But is online dating right for everyone, or more particularly, is it right for you?

Many Christians feel at odds with their desire to find love and their desire to honor God. Those who truly believe trust wholeheartedly that He will guide them to romance when the timing is right. Many more fear that the use of online dating apps interferes with His work and ultimate plan. However, what if it feels like He doesn’t have a plan for you, or that His plan is taking a lot longer than you would have liked? Is it okay to speed things along by signing up for a Christian dating site?

First, it is important to note that there is nothing in the Bible that forbids online dating. Yes, the Bible says to let God guide your way and to trust in His judgment, but some may argue that your decision to use a dating app is what He told you to do. If you are seriously considering online dating, think on your decision, weigh the pros and cons, and only commit once you’re sure that fear or lack of trust in God is not what drove you to the decision in the first place.

The Pros of Online Dating

Dating apps come with their fair share of pros. If they didn’t, they wouldn’t be as popular as they are. Below are the top three:

The Cons of Online Dating

Online dating comes with a few pitfalls. Some risks to be aware of are as follows:

If you feel that online dating is right for you, don’t let anyone or anything keep you from giving it a try. However, remember that, as a Christian, your life is about reflecting the teachings of Christ and pointing others to Him, not finding a date. Put your trust in Him and turn to Him for guidance, and you will ultimately end up where you’re supposed to be (and with the person you’re supposed to).