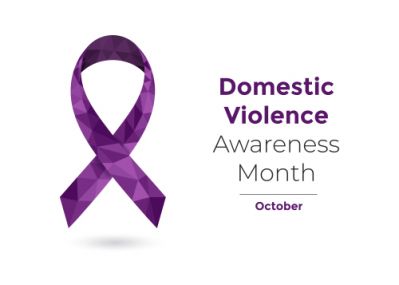 The first Domestic Violence Awareness Month was held 32 years ago in 1987. The concept began in 1981 as a way to connect advocates working together to end domestic violence. What began as a one-day event has turned into a month-long focus on domestic violence, not only to help people who work with victims but to celebrate survivors and mourn the losses. This October, the Domestic Violence Awareness Project wants people to remember #1Thing.

Social Transformation Is a Community Process

The DVAP believes that change begins with #1Thing. One person’s small actions toward awareness about domestic violence may not seem like much. It’s the collective power of the #1Thing that works together to change a community, a nation or the world. One simple act changes someone’s life. Together, the acts have a ripple effect that inspires others to take action and change someone else’s life. The power of collective action leads to social transformation.

Domestic violence is a huge problem that no one person can solve. Domestic violence victims have a web of issues to work through when they leave their abuser, which can be overwhelming to a bystander. One of the first things every victim has to consider is safety. Many times, abusers threaten loved ones, children, pets and other family members if the victim tries to leave. Just walking away from a relationship isn’t as easy as packing up and moving.

Financial issues keep many victims trapped in a relationship. Consider the financial expenses of finding a new apartment, buying new household items, paying utility deposits and covering all the daily expenses of your life. Many victims don’t have access to the family’s finances, as abusers often control the money. Even if a person has a job, putting aside money to make the move could take months.

Domestic violence victims are often isolated from friends and family who might help them. They are ashamed and feel as if they are to blame for the relationship. Religious upbringing plays a part in leaving or not leaving. Victims are afraid that they will be stigmatized for a divorce. Many victims worry about leaving their children alone with the abuser. In a divorce, the other parent gets visitation or may even threaten to get custody. Domestic violence doesn’t end when the two parties separate, and it may even get worse. Every victim fears the unknown of family court.

Leaving may seem like the best solution, but the process is messy. If you’re overwhelmed just reading about a few of the issues that a victim will face, imagine living through the situation.

What Can One Person Do To Promote Change?

Although the domestic violence problem is immense, there are ways to help. Listen to victims and survivors without judging their choices. Respect what they had to do to break free. Don’t blame victims if they haven’t made the choice to leave their abuser. Stand up against victim-blaming and violence.

Finally, if you are experiencing domestic violence, know that you are not alone. Help is available. Call 1-800-799-7233 or go to thehotline.org for online chat. This national hotline will help you take the right steps to safety.

Change doesn’t happen through just one voice. It’s community connections that promote the end of all forms of violence and rebuild families to create safe places that foster well-being. What #1Thing will you do to inspire others?

I WOULD LIKE TO HAVE HONEST FEEDBACK ABOUT DOMESTIC VIOLENCE.