Number of Bible Skeptics on Rise 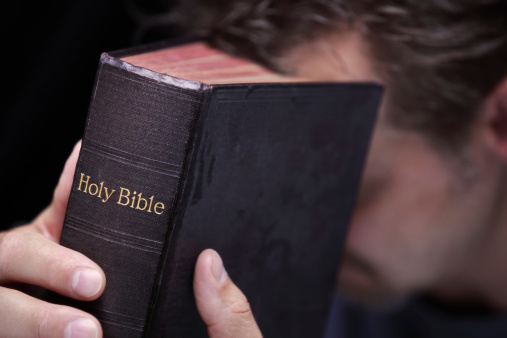 An annual survey by the American Bible Society and Barna Research shows that belief in the Bible has decreased. The percent of people who are engaged with the Bible matches the number of who are skeptics of the Bible at 19 percent in 2014. The survey defined "engaged" as people who believe the Bible is the word of God and read the Bible at least four times a week. The "skeptics" were defined as respondents who selected the choice stating that the Bible is just another book written by men. 56 percent of the respondents believed that the Bible is the word of God. The percentage of skeptics rose from 10 in 2011 to 19 in 2014. The percentage of engaged people dropped slightly from 21 in 2013 to 19 in 2014.

Another interesting question in the survey was about why the respondents decreased Bible reading since last year. 40 percent stated that they were too busy, which is a seven point increase from last year. Other reasons that was given were "a significant change in their life (17%), becoming atheist or agnostic (15%), going through a difficult experience that caused them to doubt God (13%) and seeing that reading the Bible made very little difference in someone else's life (8%).

Of the people who increased Bible reading, 26 percent state that it was due to a Bible download onto their "smartphone or tablet." While 12 percent referenced podcasts or streaming of church services, 11 percent said watching The Bible miniseries encouraged their increase in Bible reading.