New Year’s Around the World: How Different Religions Celebrate 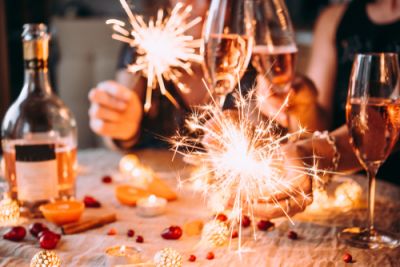 In America, the “holiday season” consists of all the major holidays beginning with Halloween and ending with New Year’s Day. However, in today’s diverse society, it’s worth noting that not everybody celebrates each holiday the same (if they celebrate at all), or even on the same day. As you ring in the New Year this coming January 1, take a moment to reflect on how others choose to spend the first of the year. Though you do not need to change your own traditions, you may find it enlightening to learn about and pay respect to the traditions of others.

The Gregorian calendar, otherwise known as the Christian calendar, is the one with which you are likely familiar. Per this calendar, New Year’s day falls on January 1st. Several countries and religions throughout the world use this calendar, as it creates the most balance between seasons and the calendar days.

Many Christians view New Year’s as a time for rebirth, hence the tradition of creating New Year’s resolutions. Other traditions include parades, the singing of Auld Lang Syne, eating black-eyed peas and throwing lavish celebrations.

The Sri Lankan New Year, otherwise known as Aluth Avurudda, takes place on April 13th and April 14th. The Tamil and Sinhalese Hindus of the country observe this holiday by opening their doors to friends, loved ones and members of the community. Residents all engage in customs and rituals, the most important of which involves boiling milk in a new earthen pot until the milk boils over. This ritual symbolizes prosperity for the coming new year. Common foods of the celebrations include sweets made of coconut oil and rice and dishes with plantains.

Cambodia also celebrates its New Year on the 13th and 14th of April. Residents of this Vietnam community celebrate by attending temple, partaking in purification ceremonies and playing games with friends and family.

Chūn jié occurs between January 21st and February 20th. The date is different each year because the Chinese use the lunar calendar to determine it. Officially, Chūn jié is seven days long. However, most celebrations last for at least two weeks, sometimes more.

Approximately 20% of the world celebrates the Chinese New Year. The celebratory period begins on January 25th, 2020, but the people of Chinese heritage throughout the world will begin decorating their communities in red at least a month before the celebrations begin. They will then decorate their homes on New Year’s Eve.

On New Year’s Eve, families will host what is called the “reunion dinner.” The Chinese believe this to be the most important meal of the entire year.

On Chūn jié, celebrants will set off firecrackers for the first minute of their New Year. At 12 am on January 25, China will see billions of fireworks go off at once, the most to go off anywhere at any one time in the world.

The festivities will close with the exchange of red envelopes, which contain money. The envelopes are red because the color signifies good luck in the Chinese culture.

Muslim populations worldwide celebrate Hijri, which occurs on September 22nd. Hijri marks the journey of the prophet Muhammad to Medina from Mecca. Though the major branches of the Muslim religions celebrate on the same day, the ways in which they celebrate are different. For instance, Sunnis fast to celebrate Moses's victory over the Egyptian pharaoh, while Shiite pilgrims make the journey to the holiest sites to commemorate the seventh-century battle.

New Year’s is sacred for everyone, regardless of how they celebrate. To make your holiday even more special, consider incorporating the tradition of other cultures into your own.