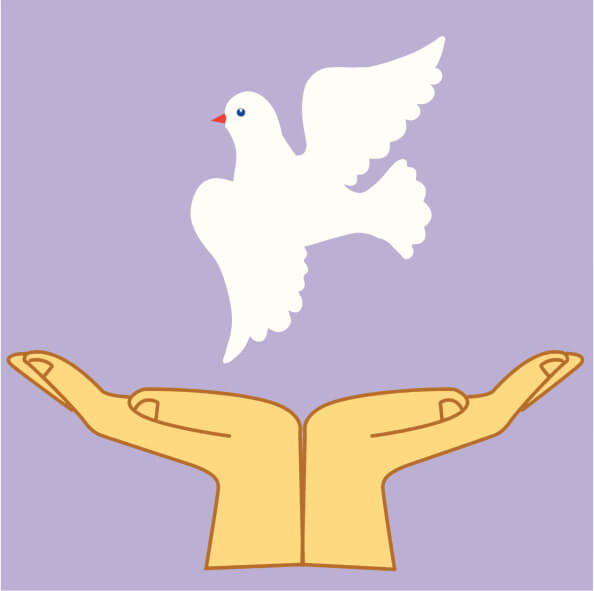 Wednesday is National Religious Freedom Day. While this has been a holiday celebrated for quite some time, this year it seems to hold more weight. Never have we had more controversy over religious freedom than over the last year. Many religious people have felt their rights have been stomped on as they have had to deal with same-sex marriage being legalized in all 50 states. However, this is one of America's most important freedoms, so it's important to celebrate and realize what it's really about.

As you probably already know, the whole reason the United States of America exists today is because the settlers wanted freedom of religion. In England, many felt persecuted whenever they deviated from the Church of England, and they wanted a place where they could practice their religion in peace. This included people of all different religious backgrounds. There were many challenges for the settlers in the early days. For one thing, the trip to America seemed all but impossible. It was long and dangerous. The first winter in America was very difficult. Illness, cold, and lack of food led to the death of many. Of course, we didn't get our freedom without a fight. Many gave their lives in The Revolutionary War, which ultimately gave us freedom from England. It is amazing to think about all the sacrifice needed to lead to the religious freedom we have today.

Origins of the Holiday

National Religious Freedom Day has been a holiday for almost 25 years. However, its origins go back much further than that. Back in 1786, Thomas Jefferson penned what is called the Virginia Statute for Religious Freedom. It was adopted by Virginia on January 16, 1786. This statute paved the way for the religious freedom we have today. Every year, the president makes a statement on January 16 talking about the importance of religious freedom.

We Still Have Religious Freedom

Be Thankful for What We Have

This is a time when many reflect on how thankful we are to have our religious freedom. There are many persecuted religions around the world. You can be put in prison for owning a Bible or not being Muslim in many Middle Eastern countries. Sometimes, you will be put to death simply for having a different religion that what is expected in the country. Christians, Jews, and other religions often have to have their meetings in secret so they aren't persecuted. It's a very sad thing, and something we thankfully don't have to worry about in The United States. All religions are protected, whether you are Christian, Muslim, or Hindu. No one can discriminate against you because of your religion, and you are free to worship any god you like. This freedom is part of what makes America great.

Most people don't do anything out of the ordinary to celebrate this holiday, and many don't even know it exists. However, there are some things you can do on this holiday to help acknowledge its existence:

Take a few minutes and teach your children about their religious freedom, and explain to them why it is so important. Get together with friends or family of the same religion, and spend time together praying and worshipping. Pray for those who do not get to experience the same freedom, that they will be safe from persecution and that soon everyone can experience religious freedom.