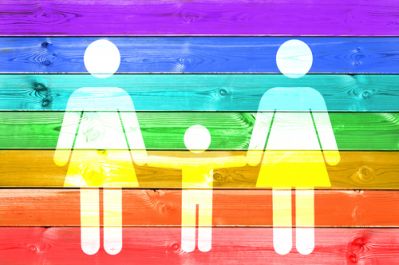 Just recently, the Kansas Legislature approved a bill that will allow religious adoption agencies to turn away LGBTQ couples. It’s presumed that the governor will sign the bill, but opponents of the bill are likely to challenge the rule once it becomes law. The Oklahoma Legislature has a similar bill going to the governor’s office, but it’s unsure whether Governor Mary Fallin will sign it or not. Seven other states have similar laws on the books, even though the US Supreme Court has ordered that all states should treat same-sex couples the same as heterosexual couples when it comes to the issuance of birth certificates.

Oklahoma and Kansas both have legislatures and governor’s offices controlled by Republicans. It shouldn’t be surprising that these bills managed to make it through the process. Proponents of the bills say that the number of adoption agencies will be increased due to the bill. However, critics say that the bills will legalize discrimination against gays and will prevent completely capable families from being able to adopt. Many organizations are watching the status of the bills to determine the best course of action to prevent negative results.

The Public Religion Research Institute released a survey of more than 40,000 Americans. The 2017 Atlas of American Values found that 70 percent of Americans favor non-discrimination protections for the LGBTQ community.

PRRI also found that 60 percent of those surveyed believed that small businesses shouldn’t be allowed to discriminate due to religious objections. This is the issue in the Masterpiece Cakeshop case, which was argued before the US Supreme Court in December last year. It’s expected that the court will rule on the case in June.

PRRI also determined that most religious organizations in the United States oppose discrimination. Buddhists, Jews, Muslims, Hindus, Catholics and Protestants all had a strong majority of people that opposed LGBTQ discrimination in small businesses.

In a surprising find, 51 percent of Muslims now favor same-sex marriage. In 2014, that figure was 49 percent.

PRRI believes that these results are encouraging. The LGBTQ community is being accepted. Americans are recognizing that all people, regardless of sexual orientation, deserve to be treated fairly.

Why Are Laws Still Promoting Discrimination?

This is a very tough question. Politically, the LGBTQ community faces many hurdles, even though Americans are in support of anti-discrimination laws. The issue is very complex. The Catholic Church does not approve of gays, even though PRRI found that Catholics are supportive of gay marriage. Until the change comes from the head of the church, currently Pope Francis, the Catholic Church cannot change.

Policy-makers often make laws without considering how the law may be interpreted. Some lawmakers actually want to dilute the protections that the LGBTQ community has. Americans have to vote for the right people during election season to put legislators in place who will protect the rights of all people.

While you may not have power over how your legislature votes, you can make your voice heard. Email or call your legislator when anti-discrimination legislation is up for a vote. Americans might tell the PRRI that they support anti-discrimination legislation, but we have to tell the policy-makers. They need to know where the public stands when a bill is up for a vote. You do have a voice, but you have to make sure it’s heard.