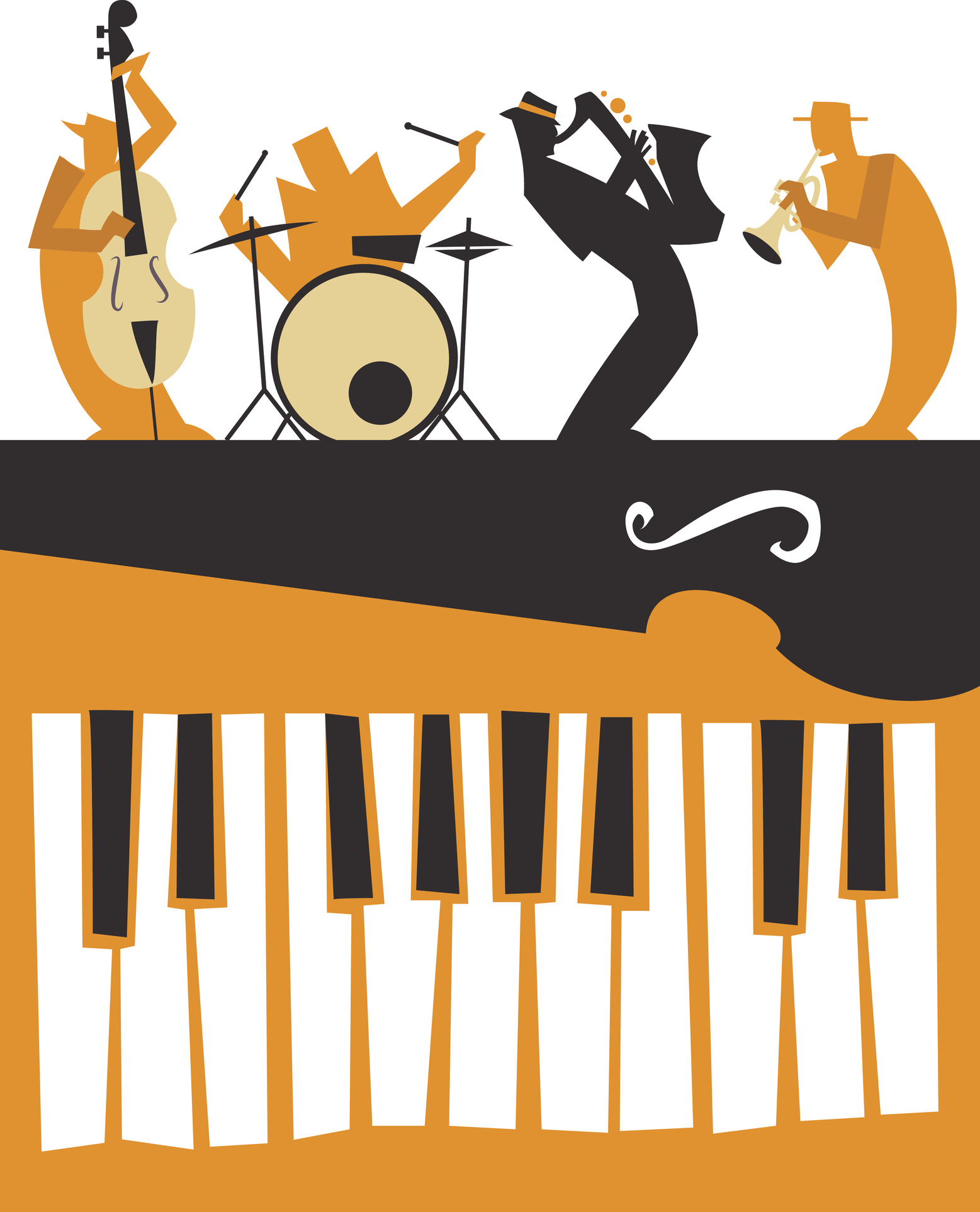 April is Jazz Appreciation Month, and although the style of music was considered rebellious when it was created, jazz was instrumental to the women's liberation movement and to the civil rights movement in America. But religion also holds a place in the heritage of jazz. How do all these things come together to give us the blues, the improvisation and the great sounds of the trumpet?

In the early 20th century, black musicians had few opportunities to play in concert halls or white clubs. These musicians turned to the churches to hold concerts on Sunday evening as a worship service. Musicians brought jazz into the church, but they claimed a sacred spirit to the music. One theory is that an evening service began for jazz musicians who could not wake up for morning worship after playing on Saturday night. It was called jazz vespers and brought a different style of music into the church.

Here are just a few of the men who brought sacred jazz to the church:

Duke Ellington was known for being part of the Harlem scene, when his orchestra appeared at the Cotton Club. He wrote his first composition in 1914, when he was just 15. He would go on to write more than 1,000 compositions, including 3 Sacred Concerts, which he called "the most important thing I have ever done." These were not supposed to be music for a mass, but a celebration of sorts. If you ever get a chance to hear one of these concerts, you will not be disappointed.

John Coltrane, famous saxophonist, was canonized by the African Orthodox Church following his death. He dedicated his music to God and often sang about God's healing force in overcoming his addiction to heroin. He recorded "Om" referring to Hinduism and he included chants from the "Bhagavad Gita" on the album. Coltrane studied Kabbalah, the Qur'an and Buddhism as part of his musical education.

You probably know Vince Guaraldi as the man who composed music for "Peanuts," but he was an accomplished musician who combined church chorale arrangements with jazz music. His sacred concert preceded Gillespie's by about four months. Guaraldi died much too young at 47. On the day of his funeral, the church played "Peanuts" music.

Dave Brubeck is more contemporary, but he is well-known for "The Gates of Justice," a cantata which takes the words of Dr. Martin Luther King Jr., biblical scripture and music. One of his songs is the hymn book of the First Baptist Church. He combined jazz and classical music with sacred text to create new music in the church.

Women of any color had few opportunities for a career. When jazz was introduced, the young women, who were referred to as flappers, became a buying force. Advertisers started marketing to women. Radio shows and dance clubs hired women musicians and announcers. Even other industries began to see the wisdom in hiring women as employees to assist with marketing and advertising.

African-American women musicians had many more opportunities in jazz than in other industries. Lil Hardin Armstrong was a great pianist who played at Dreamland in Chicago. Valaida Snow, a saxophonist who played at least eight other instruments professionally, toured internationally in the 1930s and '40s until she was arrested in Denmark by the Nazis. Mary Lou Williams could play the trumpet as well as Louis Armstrong, and she would influence many of the male jazz musicians of her era, simply because she was so talented.

Jazz music may not be as popular as it once was, but it's still part of the music heritage of the United States. Take some time this month to listen to the jazz greats who opened doors for musicians and appreciate the sounds of the 1920s.