Is Pope Francis Opening the Door for Married Catholic Priests? 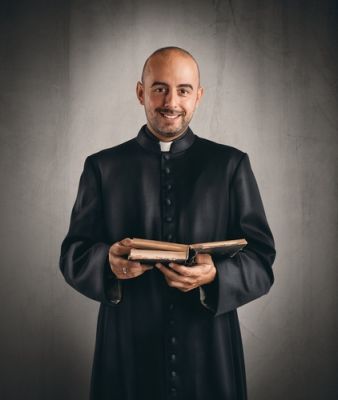 Last week, the Vatican formally opened renewed debate on the controversial issue of allowing married men to become ordained priests. The proposal is a prelude to the scheduled October meeting of the South American bishops, which will draw bishops from Bolivia, Brazil, Colombia, Ecuador, French Guiana, Guyana, Peru, Suriname and Venezuela. Consequently, the proposal only addresses the possibility of allowing married priests in remote parts of the Amazon, where the ratio of priests to Catholics stands at about 1:10,000 as compared to 1:1,800 in the United States. Specifically, the document calls for study of “the possibility of priestly ordination for older men, preferably indigenous and respected and accepted by their communities, even if they have stable families, for the region’s most remote areas.”

The Catholic Church has long accepted the doctrine of viri probati, ordaining older trustworthy men to the priesthood regardless of their marital status in areas where celibate priests are in short supply. This latest proposal, applicable only to the 2.1-million-square-mile Amazon region, is expected to gain both synod and Vatican approval, given that Pope Francis is the first Latin American pope in history and has great familiarity with the need for such priests in South America. But once approved, such ordinations could extend to other regions of the world as well.

Between 1964 and 2004, 69,053 men left the priesthood worldwide according to Vatican figures, the majority of them citing their desire to marry as their main reason for resigning. Interestingly, 11,213 later changed their minds and were allowed to return to priestly duties if they were widowers or had had their marriages annulled.

In the United States, the number of priests has dropped by more than 30% during the same time period, down from 58,632 in 1965 to 37,192 in 2016. While the American priest-to-Catholics ratio is nothing in comparison to that in the Amazon region, nevertheless, many Catholic churches have had to close or consolidate with others nearby.

Actually, America already has approximately 120 married priests. The credit for this phenomenon goes to Pope John Paul II, who in 1980 changed Catholic policy to allow married Episcopal priests to continue their ministry after converting to Catholicism.

It is a little known fact that each Catholic diocese in the United States can have up to two married priests, this information coming from the Pastoral Provision Office, charged with facilitating Vatican policy. In 2012, Pope Benedict XVI established the Personal Ordinariate of the Chair of St. Peter for the purpose of extending the married priests policy to “other [Protestant] denominations with Anglican roots” as well as to priests of the 2-million-strong Episcopal Church.

Married men have a second path to priesthood in the United States. The Eastern rite Catholic Church has ordained married men for centuries. In 2014, Pope Francis lifted a 114-year-old ban on married Eastern rite Catholic priests serving outside their rite’s home country. This revolutionary move opened the door for any married Eastern rite priest to emigrate to the United States and continue his ministry as a fully ordained Roman Catholic priest.

Allowing married men to become priests would in no way replace the long-established tradition of celibate priests only, which the Vatican views as “a gift for the Catholic Church,” a view reiterated in the document proposing the possibility of married priests in the Amazon region. Nevertheless, considering that celibacy is a discipline dating back to the 11th century rather than a doctrine, it can change. Proponents advocate for such a change, alleging that considerably more men would consider a vocation to the priesthood if it did not require celibacy and instead allowed them to marry. In other words, they say, allowing married priests would be a “surefire fix” for the decline of priests, not only in the United States but globally as well.