How To Address Sexist Behavior at Church 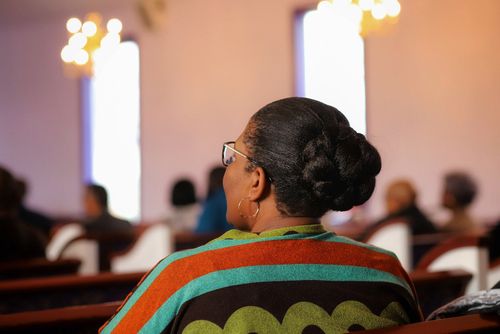 You searched for a long time, but you finally did it. You found a church where you feel like you belong. It has a great children's program for the kids and engaging worship. Best of all, it seems to prioritize full gender inclusion in the services, giving everyone an equal opportunity to participate fully in its programs.

As you get more involved, however, you notice quite a few microaggressions, even from some senior staff members. A woman may passionately argue her point in Bible study only to be told that she's getting too emotional, despite the fact that she was nowhere near the loudest person in the conversation. During council meetings, the chairwoman is often interrupted by the men on the committee. At first, you try to brush past these and other small grievances, but the more they occur, the more your frustration builds, and you're afraid to see what may happen when it reaches its boiling point. How do you address the issue productively before that moment arrives?

The first thing to recognize is that the sexist behavior you see is probably not intentional. Institutionalized sexism is so prevalent in society (and thus in its institutions, such as churches) that everyone has likely internalized many of these oppressive ideas. These subtle lessons on gender disparities and inequalities often manifest in casual speech or behavior, but blatantly accusing people of sexism during what they perceive as a friendly conversation may trigger a defensive reaction.

That doesn't mean you have to just let it go, though. Start by neutralizing the stereotype expressed. In the example of the allegedly emotional woman in Bible study in the example given above, you could say, "It's clear that we all care deeply about this subject." Drive this point home by asking questions:

Actively inviting people to address their concerns through questions gives them the opportunity to engage more thoughtfully. Specifically asking questions that recognize everyone has emotional responses to the subject is a way to subtly remove the gendered stereotype.

Many studies on conversational patterns indicate that women are typically interrupted more often than men. Even when a woman is giving a formal presentation or acting as the official person in charge, as in the church council scenario outlined above, she may find herself fighting to maintain control of the room. While many women have learned to expect this behavior, especially if they have frequently held positions of power, it can still be frustrating, not only for the person who is interrupted but for others who observe the rude, oblivious action.

The challenge of dealing with interruptions is the unspoken expectation that when interrupted, you must yield the floor. The bold, assertive way for the speaker to address the behavior is to simply refuse to bow to this expectation. Contrary to popular belief, there is nothing unkind or impolite about finishing your thoughts, particularly if you then turn to the person who interrupted and ask what he or she would like to add. If you are an observer in the group, you can say to the person interrupted, "You were making a point. Please finish your thoughts." After a few such encounters, you will likely find the whole group being more mindful about turn-taking cues.

There are many small, subtle ways that sexism can rear its ugly head, even in communities that try to be inclusive. Finding ways to address microaggressions effectively can not only keep your frustration from getting out of hand but also slowly change your church for the better.

Some of this has to do with the Catholic religion. when I was little going to a catholic church the woman had really no say in church issues. Back then only boys are men could be alter servants to the priest. I think in the eyes of God everyone should have an opportunity too express their opinions and feelings towards any matters that might arrive.