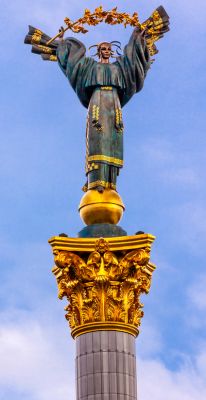 On January 30, the Gandhi King Season for Nonviolence commenced around the globe. It’s the 20th annual 64-day campaign that focuses on attaining peace through nonviolent actions, in memory of Mahatma Gandhi, Rev. Martin Luther King, Jr. and President Nelson Mandela, along with other civil rights activists who protested peacefully. Remember these political events that could have ended much worse if the participants had turned to guns and violence.

The early suffragettes had lost a lot of momentum in the early 20th century until Alice Paul and Lucy Burns stepped up as leaders. Paul worked diligently to bring suffrage to the forefront of national politics. In 1917, the suffragettes pressured President Woodrow Wilson by picketing the White House. Wilson believed that the picketers would go away after a couple of months. When they didn’t, officials decided to end the protests by arresting the picketers for obstructing traffic.

The conditions in prison were especially harsh for the suffragettes. They were beaten, given inedible food infested with worms and other inhumane treatment. The public learned of the treatment of the women prisoners, which boosted sympathy for the suffragettes. Wilson had to support the right for women to vote under public pressure. In November 1920, women voted in the national election for the first time.

A more recent example of peaceful protests occurred in 2004 and 2005 in the Ukraine. Before the 2004 Ukrainian presidential election, the political atmosphere was charged. There were complaints of voter irregularities and fraud during the first round of the election. The two candidates who came out ahead in the election were neck and neck, but neither won the election. A run-off was held.

In1965, Ferdinand Marcos was elected president of the Philippines. After serving two terms and unable to run for a third term, Marcos declared martial law in 1973, completely seizing full control of the government and military. In 1985, Marcos announced that the country would hold a snap presidential election to legitimize his authority. Although he was declared the winner over Corazon Aquino, there were reports of vote-buying, fraud and tampering of election results.

Over 30 computer technicians employed by the Commission on Elections walked out in protest of the official election results. Members of Parliament who supported Aquino walked out. Later, both candidates would take the oath of office in two separate inauguration events. Aquino had more public support than Marcos, but Marcos seemingly held control of the government. Aquino called for a boycott against the media and businesses that were allies of Marcos. Under pressure from the public, Marcos left the Philippines, leaving his country under a democratic rule.

Marcos refused to use guns during the Revolution, even though his top general suggested it. The Catholic leaders in the Philippines urged the people to be peaceful. It’s believed that those things contributed to avoiding a civil war, which would have taken years to overcome.

In the United States, we just have to look at King, Rosa Parks or Cesar Chavez as examples of peaceful protesters. Each person made a difference in the political dialogue, but change didn’t happen overnight. Peaceful demonstrations changed governmental policies at a national level in each instance. It took time to make it happen, but it did.