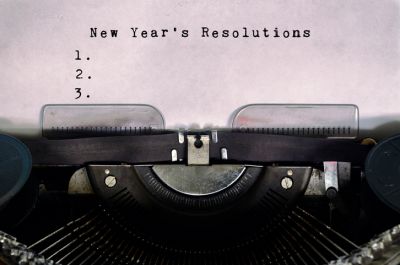 Elon Musk said, “People work better when they know what the goal is and why. It is important that people look forward to coming to work in the morning and enjoy working.”

Musk may have been referring to employment, but the theory is true for any journey. When you know where you’re going and why, you’re more likely to enjoy the road. People without goals may find it difficult to know what to hit. It would be like shooting an arrow into the wind and not toward a target. When we have a target, we can aim and try to hit it. If we miss, we can take a look at where we erred and try again. Even when we hit the target, we can always try to do better.

Take some inspiration from these role models who did great things by reaching for the stars:

“Be practical as well as generous in your ideals. Keep your eyes on the stars, but remember to keep your feet on the ground.” –Theodore Roosevelt

"A person should set his goals as early as he can and devote all his energy and talent to getting there. With enough effort, he may achieve it. Or he may find something that is even more rewarding. But in the end, no matter what the outcome, he will know he has been alive." –Walt Disney

“You can only become truly accomplished at something you love. Don't make money your goal. Instead, pursue the things you love doing, and then do them so well that people can't take their eyes off you.” –Maya Angelou

“To live a fulfilled life, we need to keep creating the ‘what is next,’ of our lives. Without dreams and goals there is no living, only merely existing, and that is not why we are here.” –Mark Twain

“If you want to live a happy life, tie it to a goal, not to people or things.” –Albert Einstein

“You don’t learn to walk by following the rules. You learn by doing, and falling over.” –Richard Branson

Have you ever considered what drives the advances in technology or medicine? People set goals. On December 8, 2013, Denver Bronco Matt Prater set an NFL record for the longest field goal at 64 yards. He had been playing professional football since 2006. His high school football career started much earlier, and he showed a lot of leg strength from the time he started playing football, but it took many years before setting the record. He may not have achieved his goal the first time he set out to make it, but without those years of practice, training and games, he probably wouldn’t have ever set a record.

Bruce Lee said, “A goal is not always meant to be reached, it often serves simply as something to aim at.” Whether or not you actually meet your goals, if you keep working toward them, at least you can say that you tried. Don’t give up on your New Year’s resolutions. It’s only been a few days since you made them. Keep going so that next year you don’t look back at 2018 thinking you wasted your time.