Get Ordained to Perform a Wedding in the US 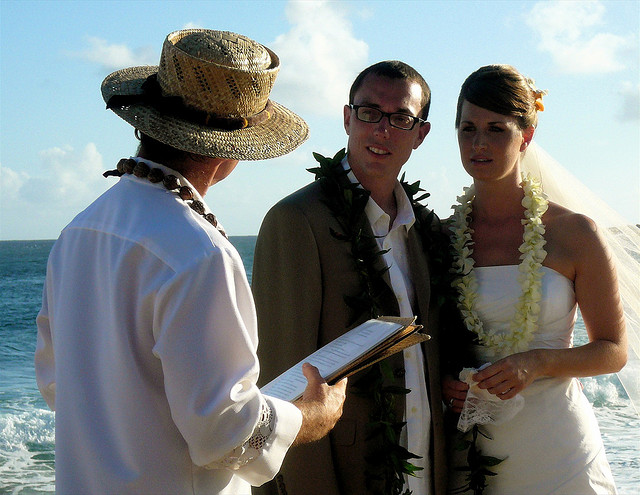 When Thomas Jefferson penned the phrase "separation of church and state," he may not have been thinking about marriage, but that statement should go hand and hand with 21st century weddings. Over two hundred years after Mr. Jefferson proclaimed those wise words, the US Federal Government still has a say in how people wed. Now, more and more couples are doing what they can to keep the government out of their nuptials, some by having a friend or family member get ordained online and perform their wedding ceremony.

While laws can vary by state, there are some similarities in what is required for couples who want to be officially married. Typically, they must fill out a number of administrative forms. If the state recognizes their religion, like they do with Protestants and Catholics, the government has the ability to choose the types of individuals who can actually perform the ceremony. The list includes ministers who been through the ordination process and some public officials. Non-Christians or Non-Catholics, however, now have the ability to get ordained online by the Universal Life Church and perform marriages as ministers of that religious institution.

Many states go so far as to dictate exactly which language should be used in the ceremony, or how it must be conducted. People who are practicing Quakers, of the Baha'I faith and Muslims are often given a pass on these guidelines. While it is truly wonderful people from these religions can do what they please, it does beg the question, why isn't everyone granted the same flexibility?

What It Should Be

The state doesn't provide directions on how to celebrate religious holidays, and it should be consistent and stop trying to regulate weddings as well. It is understandable if there needs to be some documentation, but the happy couple should be allowed to decide who performs the ceremony and how it should be conducted.

There are many happy decisions to make when planning a wedding, and choosing an officiant should be one of the most joyful of these. Having a friend or family member get ordained and perform the wedding ceremony is a great way to take back control of such a personal milestone.