Freedoms: Erosion of Human Rights in the US

The fundamental rights put forth in the Constitution of the United States of America have been under assault since the document was ratified on September 17th, 1787 in Philadelphia. The Constitution was almost impossible to ratify and has proven to be even more difficult to amend (there have been only 27 amendments enacted since the Constitutions ratification, requiring either both Congressional bodies to propose an amendment with a two-thirds vote or by two-thirds of state legislatures calling Congress to hold a Constitutional Convention, then requiring either three fourths of the state legislatures approving of the congressional amendment or by three-fourths of the states holding ratifying conventions that approve the amendment) indicates what a powerful and well-drafted blueprint for a nation the Constitution of the United States of America is.

Often, when people speak of their "rights" they either are referring to the rights afforded citizens under the Bill of Rights which are enumerated as the first ten amendments to the Constitution. However, there are a number of freedoms expressly provided for in the Constitution and more by individual states (as states can grant more rights than the Constitution but cannot restrict or infringe on those set forth in the Constitution) that are being violated and/or are under direct assault. 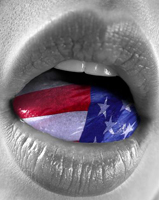 Two of the most recent examples of rights being curtailed that are explicitly defined in the Constitution are the freedom of speech and property ownership. The former of these two examples is known as Campaign Finance Reform (McCain-Feingold Act of 2002) - making it illegal for "electioneering communications" to be funded by corporations, nonprofits, and unions 30 days before a primary election and 60 days prior to a general election. In other words, they are not allowed to run political ads expressing their point of view in endorsing or opposing a political candidate - a clear violation of free speech.

McCain-Feingold was sold to the American people as a way to "get the money out of politics" placed there by special interest groups, lobbyists, corporations and unions. But the real effect has been to dictate who can and who cannot spend money on political ads - a direct equation as money equals free speech communications.

The second of the aforementioned two examples is perhaps the more egregious of the two, taking away a person's private property through a process known as condemnation via eminent domain. Kelo v. New London (545 U.S. 469) was a case brought up to the Supreme Court of the United States in 2005 wherein a private property owner sued the city of New London, Connecticut to keep possession of their lan

d. In that case, a developer proposed to buy a track of existing homes, clear the land and build a new development that would bring the municipality more in tax revenue. By way of eminent domain (a process in which a government may take property from a private citizen at market/fair compensation for public use).

Because the Supreme Court sided with the city of New London, it set a precedent that any government may use condemnation through eminent domain to take private property from any individual or group of land owners not for public use, but for bettered tax revenues.

Even freedoms not enumerated expressly in the Constitution are being slowly infringed; take for instance Cleveland Ohio's power company, FirstEnergy.

FirstEnergy distributed to every one of their consumers two 23-watt compact fluorescent light bulbs (CFLs) at the bargain price of $21.60 (even though FirstEnergy bought the bulbs for only $3.50 each), to be repaid via a .60c monthly reimbursement over three years on their electric bill. And for such an apt, environmentally responsible action, that $21.60 includes a minor assessment to cover the estimated loss FirstEnergy will encounter from their consumer's saving energy by using the CFLs that FirstEnergy provided. As the Cleveland Plain Dealer's journalist Kevin O'Brien wrote, "Think of it as paying money to save money so FirstEnergy won't lose money."

Into the private sector the government inserts itself ever more. From the stimulus bills signed by two presidents to the direct instruction by elected officials, the government is subverting the private free market, corrupting the balance of supply and demand. The latest is the regulation of corporate pay and/or bonuses and possibly the mandate of buying private insurance by means of health care reform.

In the state of California, the legislature is in the process of banning all trans fats sold in restaurants to protect consumers; while in New York City, the mayor has proposed reducing sodium in both restaurant food and packaged food (NYC has already sought to reduce sugar intake).

Consumers are being denied free choice to consume what they as adults wish to consume. While these may first appear to be minor instances, they are a testament to a greater iniquity. Laws are passed typically for the protection of citizens' collective safety (e.g. mandating seat belts, illegalizing narcotics, et cetera) but not for the prohibition of personal choice.

The phenomena of political correctness; originally intended not to give offense to certain groups or demographics, it is now the paralyzation of thought to speech and the taskmaster of every mainstream media outlet, boardroom, conference room, hospital, classroom, airport, train station, restaurant, church and any other public place.

But the list goes beyond property and personal rights, it extends to human rights. As Human Rights Watch reports, one in ten of children being held in juvenile facilities have been sexually abused by a staff member and another 2.6 percent have reported being sexually abused by another youth.