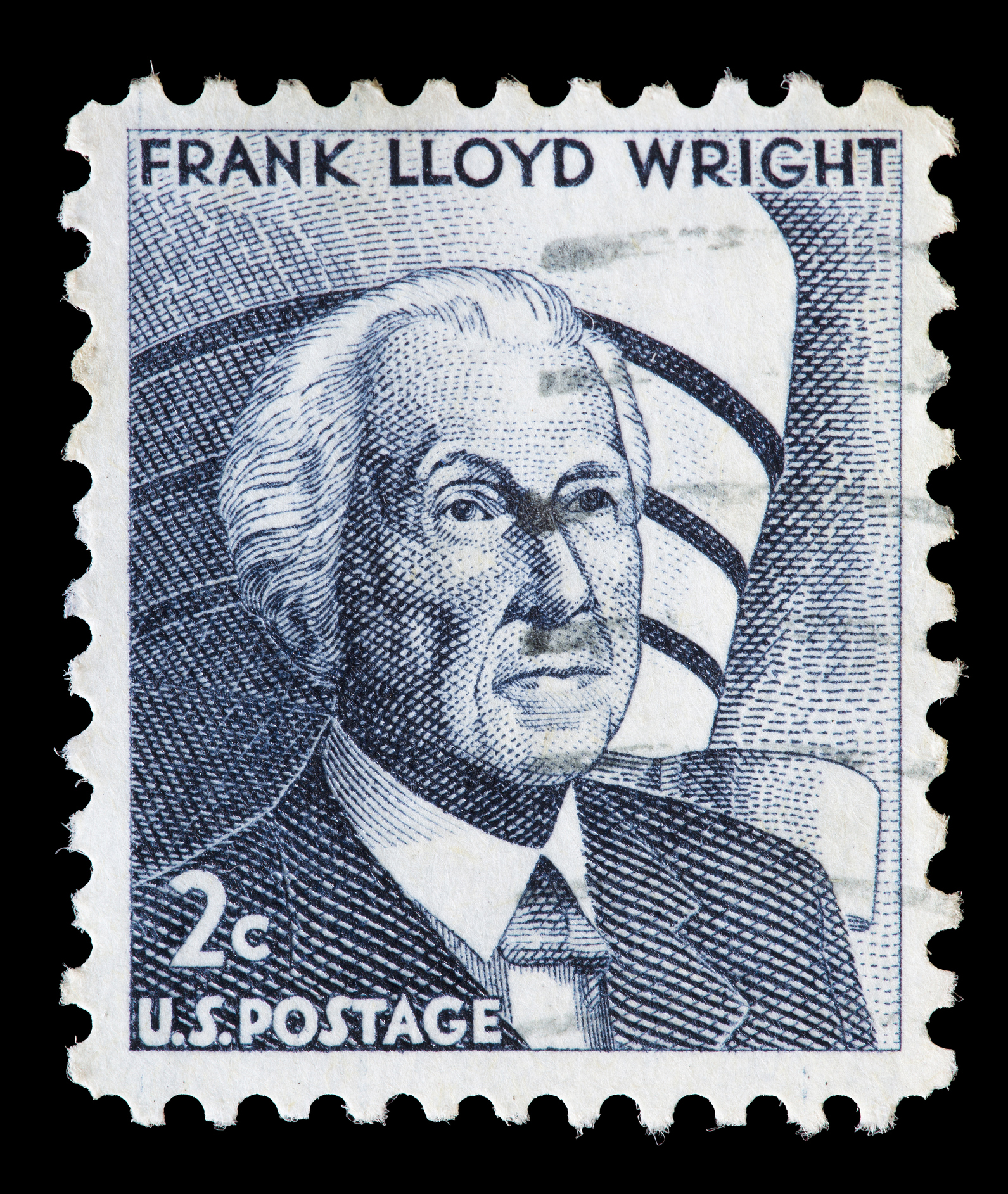 One of the most admired architects of the 20th century is Frank Lloyd Wright. He was born in Wisconsin in 1867 and educated in his youth by his mother. When Wright was 14, his parents divorced. According to Wright, he never saw his father again. Although Wright was a prominent architect, there are no records of his high school graduation, nor a college degree.

As an architect, Wright believed that buildings should be designed in harmony with Nature. He equated God and Nature, always spelling Nature with the capital "N." Wright's mother most likely raised him in the Unitarian faith, but there's little evidence that he was actively involved in the church as an adult, although he did want to be interred in the Lloyd-Jones cemetery next to the Unity Chapel in Wisconsin, which is Wright's earliest known work. The grave now sits empty, but it is marked with Wright's name.

Unity Temple in Oak Park, Illinois, is considered one of the first modern buildings in the 20th century. Wright took on the challenge of designing the church, even though the budget was relatively small and the building site was oddly shaped. Wright also had to design the stained glass and furniture for the structure, which was not common for Wright. However, it changed the way he thought about design. The real heart of the building was in the space inside, not that of the four walls that held it up.

The Community Christian Church in Kansas City, Missouri, is another stunning example of Wright's work. The church had to be scaled down during building, probably due to the high costs associated with sourcing materials during the war. The building was dedicated in 1942, but one element was not able to be completed at that time. The spire of light was finally added in 1994, 35 years after Wright's death.

Beth Sholom in Elkins Park was designed by Wright for a conservative Jewish congregation. It is the only synagogue Wright designed in his career. The congregation commissioned the building in 1953, and it would be completed in 1959. The interior is lit by natural lighting during the day. Mount Sinai is thought to be one of the inspirations of the building.

Wright designed hundreds of houses and many important buildings throughout his career. Probably the best site to see his work for a religious entity is that of Florida Southern College in Lakeland, Florida. This campus has the most buildings designed by Wright than any other single site around the world. It is a United Methodist Historic Site and on the National Register of Historic Places. Wright was in his 70s when he began the work.

The college asked for 18 buildings to be designed, 12 of which were completed. However, the college owns the remaining six designs and could someday build any of them. The district is now called "Child of the Sun." As per Wright's philosophy, sometimes it can be difficult to know where the buildings end and nature begins. All but one of the buildings are linked together with walkways known as esplanades. No one building stands out among the others. Wright incorporated elements of Florida's natural terrain into the design.

Frank Lloyd Wright has over 500 buildings credited to his name. Seeing his structures that harmonize design and nature can demonstrate how to be eco-friendly while coming into the modern age. These buildings are beautiful creations of art, yet fully functional. Take the time to visit his work, especially the buildings of faith to really appreciate how he changed architecture in the 20th century.