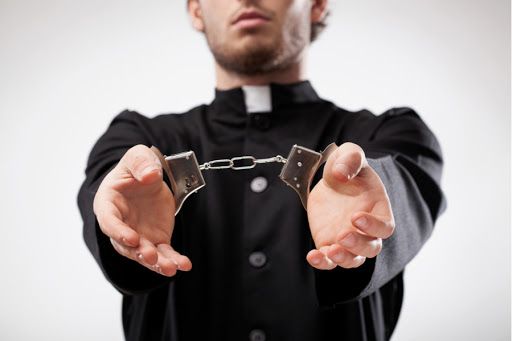 A number of churches have ignored health and safety guidelines from the Center for Disease Control and Prevention (CDC) and continued to hold services during the coronavirus pandemic. After openly defying the rules, one pastor in Florida has been arrested and may serve jail time as punishment.

Evangelical pastor Rodney Howard-Browne of the River at Tampa Bay Church received repeated requests to close his church from the sheriff’s department. But he refused to do so. Officers arrived before Sunday services in an attempt to speak with Howard-Browne but the pastor “did not make himself available," said the sheriff.

Currently, Florida has more than 15,000 confirmed cases of the virus and over 300 confirmed deaths.

Up the River Without a Pastor

On Sunday, March 29th, the same day the church was visited by police officers, Howard-Browne held two services in his megachurch which normally welcomes 4,000 people at a time. A live stream video of one of the services available on the River’s Facebook page shows that while the services were not as full as normal, a significant percentage of the congregation came for Sunday prayer.

The next day a warrant was issued for Howard-Browne’s arrest for the two misdemeanor charges and the pastor turned himself in that afternoon before posting $500 bond shortly after.

Attorneys for Howard-Browne defended their client in a statement released after the arrest stating that the River “went above and beyond any other business to ensure the health and safety of the people" who came to the church by requiring households to remain six feet away from others, providing members with hand sanitizer, and issuing protective gloves to staff members.

Sheriff Chronister disagreed with Howard-Browne’s attorneys during a press conference on the arrest saying, “his reckless disregard for human life put hundreds of people in his congregation at risk and thousands of residents who may interact with them this week in danger.”

Conspiracy Theories and the Power of Prayer

This is not the first time pastor Howard-Browne has made controversial remarks and decisions as he has used his sermons to present a number of unfounded conspiracy theories about the virus in the past months. One such conspiracy describes the coronavirus pandemic as a globalist plot designed by the Rockefeller Foundation as a means of pushing vaccines on people and shutting down churches.

Howard-Browne, a well-known faith leader who was invited to pray with President Trump in the Oval Office in 2017, has said in his recent sermons that his church would continue to hold services during the coronavirus pandemic saying, "we're raising up revivalists, not pansies."

The pastor has also previously claimed that his prayers rid Florida of the Zika Virus and now he intends to do the same with the coronavirus. Unfortunately, Howard-Browne only intends to use the power of prayer to rid the virus from the United States as he feels he, “can’t be responsible for every city, or whatever.”

Hiding Behind the First Amendment

Even before his arrest Howard-Browne had made it clear that he believed forcing churches to close was a violation of the First Amendment right of freedom of religion and should the River be closed against his will he would take his case “all the way to the Supreme Court.”

A statement posted on the River’s website on March 22nd that reads, “the government deciding who can attend a service by way of a numerical limit does not demonstrate an equality of rights and ought to be seen as a per se violation of the principle of separation of church and state" also makes it appear as though Howard-Browne will fight his arrests on a constitutional basis.

Legal experts aren’t sure he has much of a case though, as the CDC recommendations of social distancing have been made and enforced in both the government and the public’s interest in the health and safety of their communities.

Florida State Attorney Andrew H. Warren went a step further stating that the emergency stay-at-home orders that the county has put in place are “constitutionally valid’ and that it is “unfortunate here that the pastor is hiding behind the First Amendment."

What do you think? Does the government have the right to close churches in times of emergency, or does freedom of religion supersede the public interest in health and safety? And with the live video streaming capabilities we now have today, is it reckless to hold services during a viral pandemic when sermons can easily reach a congregation from home?

&gt; What do you think? Does the government have the right to close churches in times of emergency, or does freedom of religion supersede the public interest in health and safety? Yes, the government does hold this power, when it comes to life or death of citizens. Basically, worshipers that defy government rules are guilty of attempted murder of all that they encounter and churches that encourage this, should be deemed terrorist organizations.

A good Shepherd would never put his flock in Harm's way. 1 Peter 5:2 says: "Care for the flock that God has entrusted to you. Watch over it willingly not for what you will get out of it, but because you are eager to serve God" The Church should set a good example in these trying times. It is not a time to fight; but a time to pray ... Minister Jim Stewart