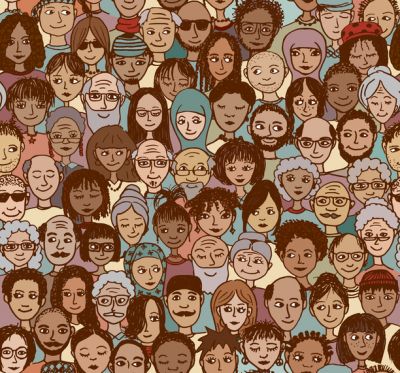 It was a Monday, election day. Hundreds of people in the community were being deterred from voting by intimidation. The two parties in town were pitted against each other, not only politically, but also religiously. The violence began in the morning, and by afternoon men were being shot and killed. Protestants invaded the German and Irish sections of town. Historians believe that 22 Catholics were killed, but there are reports that the amount could have been higher.

The event is called Bloody Monday. The year was 1855. The Protestants in the town were threatened by the Catholic immigrants. Where did this massacre occur? Right here in the middle of the United States, in Louisville, Kentucky. Some call it the site “of one of the worst episodes of interfaith violence in American history.”

The violence wasn’t necessarily spurred by the tension between the North and South, but out of a fear between faiths. The event caused thousands of citizens to leave the town. Local businesses closed. The city’s economy was weakened. The city was forever changed because of one day of violence. But that’s not the end of the story.

Cathedral of the Assumption

In 1850, the cornerstone of the Cathedral of the Assumption was laid. The congregation had been in the community since about 1811, but they had outgrown their church. Because the diocese had been moved to Louisville, the bishop determined that the church should represent that status. This cathedral was almost destroyed on Bloody Monday, due to the anti-Catholic feelings in the town. The Protestants believed that the Catholics were housing weaponry in the basement. Fortunately, the Louisville mayor stepped in and had the church inspected before it was completely destroyed.

It took more than a century to renovate the cathedral to its original glory. The Archbishop of Louisville, Thomas Kelly, began a project in 1985 to restore the building. Under Kelly’s direction, the interior regained its beauty. But Kelly was determined to make the cathedral a place that would foster communications between all houses of worship in the community. Today, the cathedral stands as a testament to interfaith relations.

The Center for Interfaith Relations

In 1996, the cathedral and the Catholic Heritage Foundation hosted the “First Festival of Faiths,” a religious event attended by people from all faiths to strengthen community. This festival became an annual standard in the community, dealing with issues such as sacred texts, justice, families, healing and how faith is present in everyday life.

In 2006, the foundation that renovated the church reinvented itself. Instead of focusing on the heritage of the church, it would now foster interfaith understanding. It became the Center for Interfaith Relations.

The festival is typically held in the spring. This year, it runs April 24–28. The theme is Sacred Insight Feminine Wisdom. The speakers come from a diverse background. One is a visionary who worked with Mother Teresa in Calcutta. Another is a global leader in medical ethics. According to the Festival of Faiths website, the festival will examine the feminine aspects of God and offer insight to the sacred feminine in each of us.

If you can attend the festival, you should go, but you’ll want to make plans now. The Cathedral of the Assumption is open year-round for tours. It has an absolutely breathtaking sanctuary, complete with stained-glass windows, a ceiling fresco depicting cherubs and a marble altar. Make sure to notice the cathedra, the official chair of the bishop of the diocese, which is a symbol of the authority of the bishop. The chair has symbols that represent the heritage of the church, the native peoples in the area and the natural resources of the Ohio River. The legacy of the cathedral certainly does the history justice.