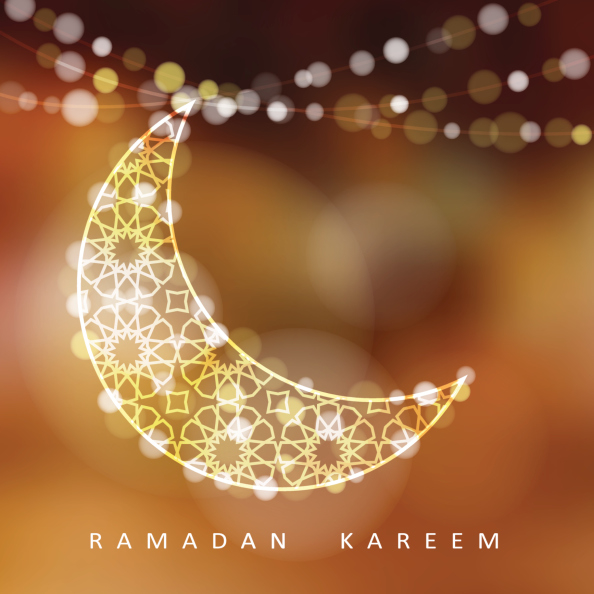 The Quran teaches that "the month of Ramadhan is that in which was revealed the Quran, guidance for the people. . ." The holy book then goes on to instruct that when one sights the new moon of the month, "let him fast it; and whoever is ill or on a journey then an equal number of other days."

The lunar calendar that guides the passage of holy days in Islam is not synchronous with the solar calendar used to measure the months and days in secular society. Because of this difference, the dates of Ramadan shift by about eleven days each year. The date to start the observance is confirmed when the new moon is sighted, expected on May 15th this year.

Most Muslims observe the month of Ramadan by fasting during the day for the 30 days of the observance. After an early-morning meal before sunrise, called Suhur, Muslims typically abstain from food and water throughout the day. At sunset families usually gather for an Iftar meal to break the fast for the day.

Those with conditions such as diabetes as well as the very young are not encouraged to participate in the fast as health complications can ensue, according to some experts.

Many Muslim individuals and families use the time of Ramadan to emphasize charity and compassion for those who are less fortunate. The effort and sacrifice of giving up eating can be turned to thoughts of those who are not blessed with sufficient food. Donations of money and clothing are common, as is inviting those in need to join the Iftar. Many Muslims use the time of Ramadan to set goals toward spiritual progress, reading the entire Quran over the 30 days, for instance, or devoting special thought toward compassion and ridding themselves of impure motivations like greed and anger.

Other Faiths, Other Fasts

While the month of Ramadan is one of the most famous of religious fasts, other faiths observe a time of abstaining from food in observance of faith and humility before God:

A Sikh college student in New York has won the right to keep his long hair and beard in the Army ROTC at his school. A federal district judge in Washington, D.C., found that the Army has made some 170,000 secular exceptions to grooming and appearance standards over the years, so it is compelled to make an exception for the Sikh student pursuant to the federal Religious Freedom Restoration Act.

The student is a junior at Hofstra College in New York State, and he was told that he could not join the college's Reserve Officers' Training Corps (ROTC) program if he did not shave his beard and cut his hair. Sikhs are forbidden to cut their hair or beard, which represent adherence to their spiritual beliefs. He told the court that to cut his hair and beard would mean "dishonoring or offending God."

Although the military updated its personal appearance code in 2014 to allow for exemptions for religious reasons as long as they have no negative impact on "readiness, unit cohesion, standards, health, safety or discipline," facial hair is generally not allowed, and haircuts must typically be "tapered" to meet military grooming standards.

A Sikh Army Captain who is a doctor received one of only three exemptions to be granted by the military, according to a Sikh advocacy group. He testified before Congress in 2014 that his beard, his hair and his turban were part of his "religious uniform," and that he should not be forced to choose between his faith and service to his country.

ty for youir efforts in freeing the people from bad hair cuts.