Faith Leaders in the LGBTQ Community for Gay Pride 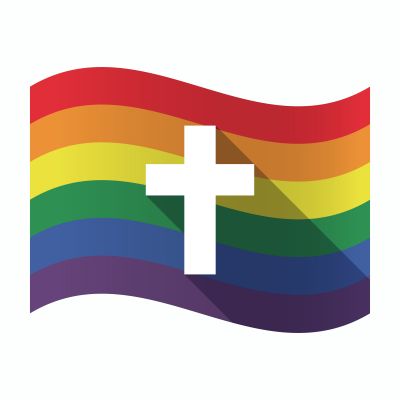 LGBTQ Pride Month is in June, to remember the Stonewall Riots of 1969. A lot has happened for the LGBTQ community since that time, largely to a heavy dose of activism across the United States. Let’s look at some of the faith leaders who have worked hard to ensure equality for all, regardless of gender identity or sexual orientation.

Ladin is the first openly transgender professor at an Orthodox Jewish college. Part of her coursework includes classes on the intersection of LGBTQ issues and Judaism. Her poem, “Make America Great Again,” takes back the phrase from the election. Here’s the opening stanza:

Put on your best shoes—

mine have holes in them—

I’m not talking about the election.

America has been waiting over two hundred years

to be better than its citizens,

to color outside our color lines,

to rise, once and for all

above our festering hatreds.

Feng cofounded Malaysia’s first LGBTQ-friendly church in Kuala Lumpur. In Malaysia, homosexuality is a crime punishable by up to 20 years in prison. Even against those obstacles, Feng’s church welcomes the LGBTQ community. Feng lives in the United States but goes home occasionally. He encourages people in Asia to speak out against homophobia. He says, “I am not promoting gay culture. I am promoting honesty, love and justice.” He is a beacon of hope for the Asian LGBTQ community.

Rabbi Kleinbaum serves at New York City’s Congregation Beit Simchat Torah as its spiritual leader. The congregation is the largest LGBTQ synagogue in the world. She’s been called one of the 50 most influential rabbis in America, one of the top Women Religious Leaders and one of the 15 Inspiring Religious Leaders. She is a prominent activist for marriage equality and other social reforms.

Perry felt called to the pulpit as early as he could remember. He was educated at Moody Bible Institute and started as a Church of God preacher until it was revealed that he often had sexual relationships with other men. He found another congregation but was forced to resign because of his homosexual feelings. Perry worked in a department store and served in the army, but he never forgot his roots. He wanted to have a place for gay people to worship God. He founded the Metropolitan Community Church in Los Angeles in 1968. It started in his living room with 12 people. In just a few months, he had to rent a theater that could hold 600 people. Three years later, a building that could hold over 1,000 was dedicated. Today, there are more than 200 MCC congregations.

Flunder serves as senior pastor of City of Refuge United Church of Christ in Oakland, California, which was founded in 1991. But her activism started in the 1980s during the AIDS crisis when she founded nonprofits in the San Francisco area to provide health care to those affected by HIV and AIDS. She is the Presiding Bishop of The Fellowship of Affirming Ministries, a multi-denominational group of churches and faith-based organizations from around the world that support “radical inclusivity” to serve all in need without prejudice or discrimination.