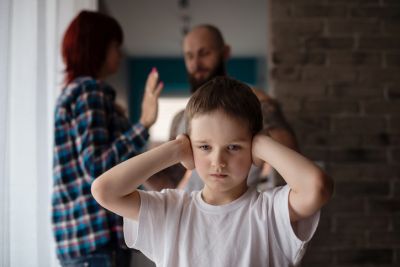 Domestic violence affects men and women. Men can be abusers or victims, as can women. However, the reality is that many more men are abusers than get abused. Women are more commonly the victims. Although many programs address domestic violence once it occurs, prevention might be the better way. More organizations are realizing that to end the violence, you have to stop abuse before it occurs.

This month, the Commission on United Methodist Men announced a partnership with AMEND Together, an initiative of the YWCA in Nashville, Tennessee. These two organizations are beginning an education project to end violence against women and girls by educating men in the church about domestic violence and creating a culture that promotes nonviolence. These men learn how to respond to violence against women and prevent it when possible.

The program teaches men how to develop healthy relationships and engage in discussions about healthy manhood. It also helps them to develop skills which help them avoid violence themselves. Men are encouraged to be better role models in the community and stand up and not accept behavior that demeans women. The curriculum was created by the two groups, working in tandem with the beliefs from both groups. It’s biblically based and focused on the best practices for stopping violence.

“One of the most basic things we can do is let the men in our lives know it’s not okay to mistreat a woman.” —Tim McGraw, singer

Another organization that has been promoting safety and justice for women and children for 30 years is Men Stopping Violence, a nonprofit based in Georgia. This program works with controlling and abusive men, many of whom have not ever hit a woman, to give them tools to live peacefully and in meaningful relationships. More states could take note of a program of this magnitude.

According to DoSomething.org, violent behavior can begin in dating as young as sixth grade. It’s estimated that almost 75 percent of 13 and 14 year-olds are dating. One in three young people are in an unhealthy or abusive relationship. Most won’t ever tell. Some are unaware that abuse is wrong. Others simply don’t want to expose themselves. In eight states, the law doesn’t recognize abuse between dating partners as domestic violence. It can be very difficult to get a restraining order and seek help from the law.

Fortunately, schools and other organizations have seen the need to help youth develop healthy relations and deal with dating violence and bullying. The Family Violence Prevention Fund has a program called “Lessons from Literature,” which is a free resource for teachers to help incorporate prevention into existing school curricula. Futures Without Violence & the National Child Traumatic Stress Network have a program for parents to make children feel safe and valued. This makes children able to stand up to abuse and talk about it when it happens to them. The Child Welfare Information Gateway lists many programs that are designed to prevent domestic violence and help children deal with the affects once it has occurred.

“The people who could do most to improve the situation of so many women and children are in fact, men. It’s in our hands to stop violence towards women.” —Patrick Stewart, actor

Male abusers need to be held accountable for their actions by their peers. It’s time for men to take a stand and demand that violence against women and children end. When good men remain silent and do nothing, evil triumphs. Domestic violence is not a woman’s issue. It is a human issue. We can end violence, but we cannot stand back and do nothing.

I want to thank the whole ULC Family for contributing to my walk with God. Also, I would like to let you all know this particular subject is long overdue for being addressed. My family and their relationships have been enriched by the discussions that this subject has prompted. Thank you from the bottom of our hearts.