Does Group Believe Rape Should Be Made Legal? 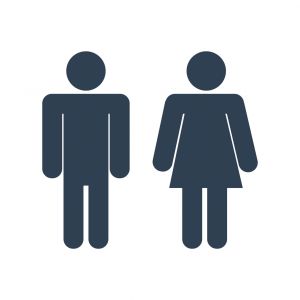 It sounds almost unbelievable, but it's true. There is a group whose members the media says believe rape should be made legal. This group is led by a blogger named Roosh Valizadeh. He had set up a worldwide meetup for the followers of his blog, which was to take place on February 6th. However, after the media caught wind of this planned meet up, which included many locations in most states nationwide, Valizadeh decided to cancel the meetup since he could no longer guarantee the safety of his followers.

The name of the group is Return of Kings, and its page espouses many beliefs that some might find ridiculous and offensive, especially women. In fact, the site asks those who are either homosexual or female to refrain from commenting on the site. Members of the group are of the belief that all men should be masculine while all women should be feminine. Men who are more feminine (according to Valizadeh's standards) must have less testosterone thanks to environmental factors. Women are judged on nothing but their beauty and fertility, and Valizadeh believes that is what should determine a woman's value in society.

Some of the main beliefs of the site owners are:

Men and women are both physically and mentally different. A man should not marry or reproduce unless there is something there to entice him. Traditions from the past (mainly the ones involving the men having control over women) are important and beneficial to today's society. Men are masculine and superior because of testosterone. A woman's value should be determined based on beauty and fertility, while a man's value depends on his intelligence, resources, and character. Women become promiscuous when traditional gender roles do not exist. Trends such as feminism are a threat to family units and fertility rates.

While some of these beliefs may be accurate (such as the fact that men and women have physical differences), there are many things about the core beliefs that most would find revolting.

As you may expect, once the media released the details of these meetups, almost 100 percent of people found this group disturbing. It became such a huge story that the group meetings were cancelled, although there still may be meetings that have not been made public. The plan for the meetup was for the men to meet in a location that was listed on the website. If a man wasn't sure whether another male was there for the meetup, all he had to do was ask the question, "Do you know where I can find a pet shop?" If the man answered with, "Yes, it's right here," it meant he was a part of the meetup. If he acted confused or tried to direct the man to an actual pet shop, he was not part of the meetup.

Do They Condone Rape?

Almost everyone in the media seems to think that members of Return of Kings condone rape. However, Valizadeh is denying this claim. He says he has never raped anyone, and that no one in the group has ever been linked to a sexual assault. Still, the jury is out on whether he thinks rape is wrong or if he is simply trying to cover his tracks. One of the articles he wrote is making some people think that he does think rape should be legalized, while he says it was a satirical piece.

Whether Valizadeh and his followers believe in rape or not, most would disagree with most of their tactics. Hopefully, with the meetup being cancelled, there won't be any violent encounters between members of this group and those who oppose the group's beliefs.